Things you need to sign up for this month

Trooping the Colour
Order of the Garter

Carboots do not startup again until March. 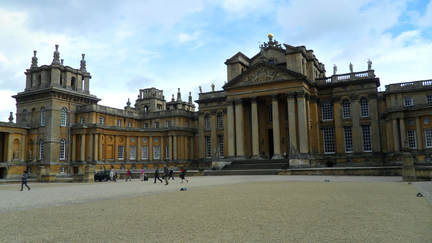 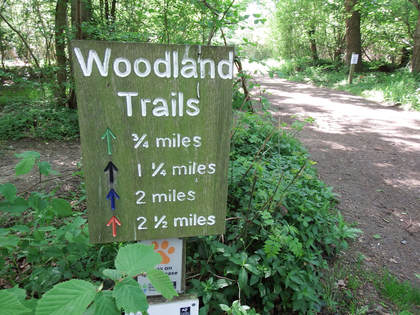 Bradfield Woods: Spend a morning in the woods relaxing and connecting with nature.
Warm up with hot drinks in the centre afterwards.

Celebrate the Year of the Rat in London, with the biggest Chinese New Yearcelebrations outside Asia.
Every year, hundreds of thousands of people descend on the West End to enjoy a colourful parade, free stage performances and traditional Chinese food, and to wish each other "Xin Nian Kuai Le" (Happy New Year in Mandarin) or "San Nin Faai Lok" (in Cantonese).
For the latest updates on the day of the Chinese New Year London celebrations, follow the official #CNYLondon hashtag on social media. 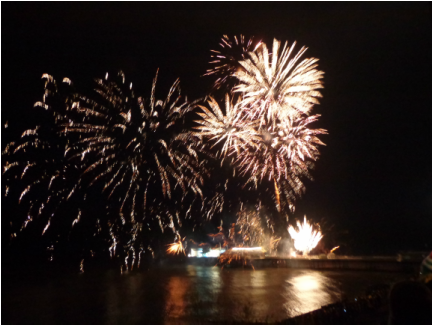 Cromer Pier will be the backdrop for the annual New Year’s Day Firework Display.

Join us at 5.00pm on New Years Day for the annual firework display in Cromer, with Titanium Fireworks Ltd!
Please note that the town does get very busy for this event, so it is advisable to arrive early. Please be respectful and considerate when parking, to allow access for emergency vehicles, especially in residential areas.
- Donations can be made at: https://www.justgiving.com/crowdfunding/newyearsdayfireworkscromer
- Car park locations can be found at: www.north-norfolk.gov.uk/tasks/your-community/view-car-parking-locations
- Train timetables can be found at: https://www.greateranglia.co.uk/events/new-years-day-fireworks-display
- A Place to Change facility will be available to use at North Norfolk Information Centre, Louden Road, Cromer, NR27 9EF.*** PLEASE NOTE THAT THE FIREWORK DISPLAY TEAM (Titanium Fireworks Ltd) HAVE ASKED THAT NO DRONES ARE FLOWN DURING THE DISPLAY. ***
There is lots going on around the town, with many shops and cafes opening for the day to welcome visitors.
This event raises valuable funds to pay for the Cromer Fireworks display each year and for local charities and organisations, so please do give generously wherever you see a collection bucket or visit: https://www.justgiving.com/crowdfunding/newyearsdayfireworkscromer
In the event of strong winds the event may be cancelled. If so, every effort will be made to publicise this on local radio and on this facebook page.
#lovecromerfireworks #cromerNYDfireworks #lovecromer

In a Nutshell... The Haxey Hood is a annual event held in the village of Haxey, North Lincolnshire. It is most easily described as a kind of rugby game with unlimited participants and few rules, where a leather tube is slowly walked by a large unorganised rugby scrum to 1 of 4 pubs. Here it it remains until the following year's game.

The official story is that in the 14th century, Lady de Mowbray, wife of an Isle landowner, John De Mowbray, was out riding towards Westwoodside on the hill that separates it from Haxey. As she went over the hill her silk riding hood was blown away by the wind. Thirteen farm workers in the field rushed to help and chased the hood all over the field. It was finally caught by one of the farm workers, but being too shy to hand it back to the lady, gave it to one of the others to hand back to her. She thanked the farm worker who had returned the hood and said that he had acted like a Lord. Whereas the worker who had actually caught the hood was a Fool. So amused was she by this act of chivalry and the resulting chase, that she donated 13 acres of land on condition that the chase for the hood would be re-enacted each year. This re-enactment over the centuries has become known as "The Haxey Hood"PreparationsIn the weeks before the event the Fool and the Boggins tour nearby villages in order to collect money (traditionally to pay for the event, but now to raise money for local charities). Traditionally they sing a number well-known folk songs including John Barleycorn, Drink England Dry and The Farmer's Boy. All wear their full festival costumes, the only exception being that the Fool's face is not marked.

27 January is the day for everyone to remember the six million Jews murdered in the Holocaust, and the millions of people killed under Nazi Persecution, and in the genocides which followed in Cambodia, Rwanda, Bosnia, and Darfur.
27 January marks the liberation of Auschwitz-Birkenau, the largest Nazi death camp.

In the UK, thousands of local events and activities take place every year – each one an opportunity for people to reflect on those whose lives were changed beyond recognition, and to challenge prejudice, discrimination and hatred in our own society today.

On HMD, we all have a role to play to ensure that we learn the lessons of the past, to create a safer, better future.
Holocaust Memorial Day Trust
​
Holocaust Memorial Day Trust (HMDT) is the charity which promotes and supports HMD across the UK. Each year we produce materials to inspire individuals and organisations to mark HMD and ensure that the day itself is an opportunity for everyone to learn lessons from the past to create a safer, better future.
HMDT became a registered charity in 2005 are we are currently funded by the Ministry for Housing, Communities and Local Government. You can read more about us and our work here. 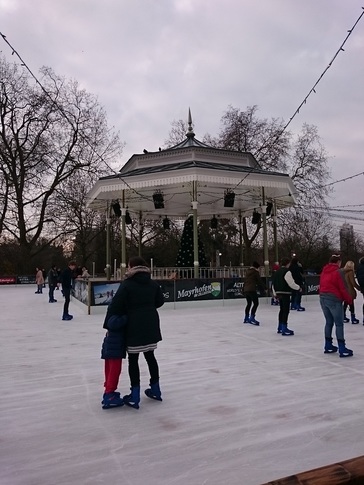 Christmas is not Christmas if you cannot go ice skating. Here are some places you can go to do this: 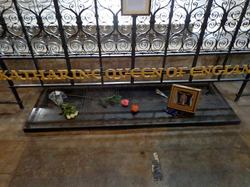 The Katharine of Aragon Festival commemorates 29th January 1536, when Henry VIII's first wife was buried at Peterborough Cathedral after her death in exile at Kimbolton Castle. She still lies here today and the occasion is marked by a programme of events on a Tudor theme. 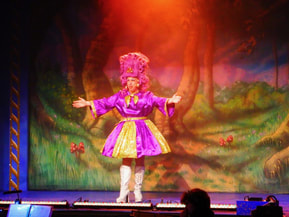 Around Christmas, people go to pantomimes. These are plays that from an outsider looking in is a bit weird but I love going to them. They began in the 19th century.

The audience is expected to participate such as booing when the bad guys come out. The main characters are a woman playing a man's role and man playing a woman's role "Pantomime Dame".

This is a great thing to bring the children to, they will have loads of fun!

Why not check out what Pantomimes are going on around here? 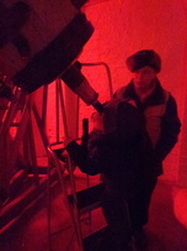 Free! During Michaelmas and Lent terms (Oct-Mar), the Institute of Astronomy hold free public nights to look at the sky through their telescopes.

Find out more here and go on a clear night! 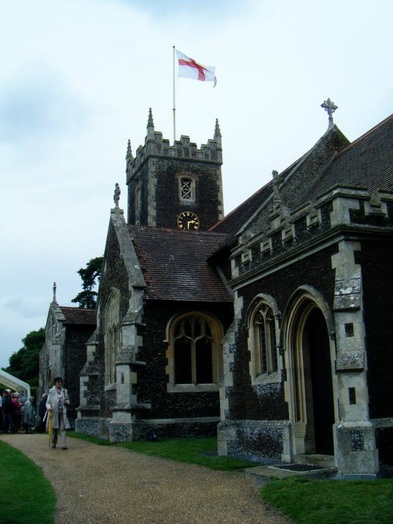 You are able to see the Royals while they are instate at Sandringham during the winter.

The only day that you can take pictures is on Christmas as the grounds that people stand on are private but going on any other will give you an opportunity to get greeted personally by any of the members of the family and get up close. These days only hundreds of people come instead of the thousands on Christmas day.

Only locals can go into the church during the time that the Royals are instate at Sandringham. But you will be given a sheet to follow the service and bring some coins as there will be a collection for the church or a charity.

Children are no longer allowed to line up to give flowers as seen in previous years, this is because they could not find their parents afterwards so for their safety, they are only allowed to line the path with the rest of the people in hopes that the Royals will collect them.

The service is at 11 am. so arrive anytime between 9.30-10.45 and you should be able to get a good view. After they walk into the church, many people leave so you can always move later. I was down by the gate when they first came out and was greeted by them. We were in the front row!

Even if you are unable to take pictures, it is more intimate at this time and better chance to get a great view!

We welcome visitors to the mill to see the mill working, milling flour. The mill is open on the 2nd Sunday of every month from 2pm to 5pm when, wind permitting, the mill will be working. 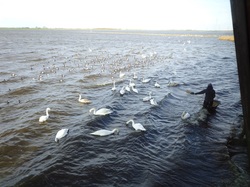 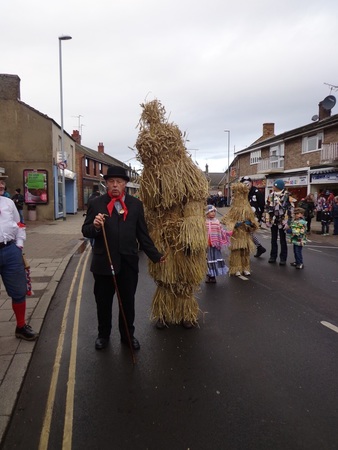 The Whittlesea Straw Bear Festival takes place every year in January. It has spawned into a weekend of celebrations with concerts, dances and processions including Molly Dancers.

Straw from the previous harvest is used to dress a man up as a Straw Bear and he dances in front of the village houses and dances for food or drink. 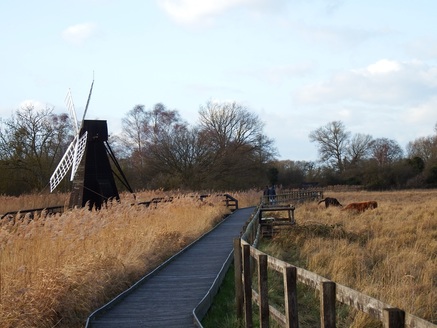 The Wymondham AC New Years Day 10k is the perfect way to start the New Year. You can burn off the Christmas excess with a brisk race with over 500 other runners celebrating the New Year in fun and unique way.