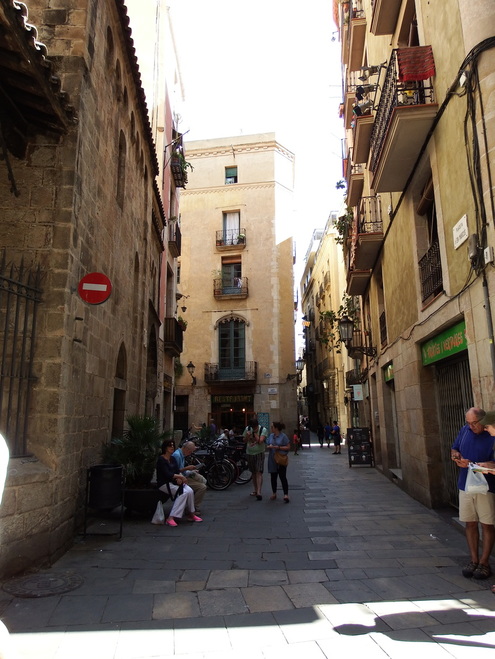 We flew out of Ryanair from London Stanstead.

We decided to use the short stay parking where you could walk to the terminal because on our way to Napels, we missed check-in (which was very expensive) because we had to wait over 40 minutes for the bus when we used other services. Although we have not had this problem when using these types of services at Heathrow.

I have put this in order of things we saw because we went from Sunday to Thursday and certain things are better at certain times. 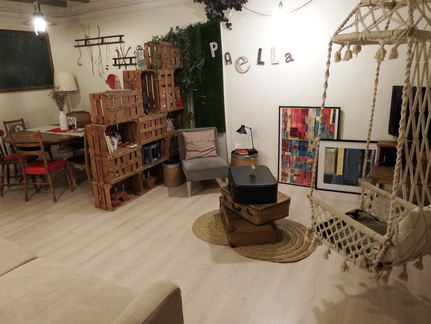 As we were traveling with 3 adults and one baby, we decided that an apartment would be the best for us. We choose this AirBandB apartment to find our place which is located within the Gothic quarter.

If you have ever ridden the Metro in Paris or the Underground (Tube) in London, you will be able to navigate your way around Barcelona without much difficulty. Like in Paris, you buy a single ride or you can get a day pass. We only bought for each ride we took because like with most cities, all the things are above ground so we walked most places. 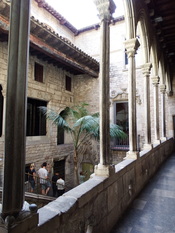 The Picasso Museum is a housed in five medieval palaces and opened in 1963. Picasso (1887-1973) lived in Barcelona from the age of 14 years old. He later moved to Paris in his early twenties but visited Barcelona several times up until the Civil War which kept him from returning again. It shows over 4,300 Picasso’s early work when he was an apprentice. We went on the Sunday because it was free after 3 pm. Whilst I can appreciate art, I am not a lover of the Impressionist genre. So I was happy to see this but would not have paid to enter. The lines are long to get in so get there as early as you can. 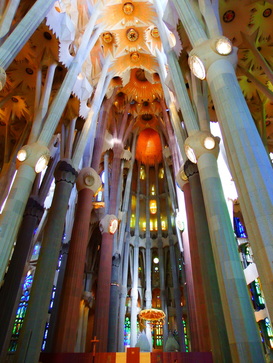 A visit to Barcelona must include a visit to Sagrada Familia. It was built and designed by Antoni Guadi. Work began in 1882 when it was handed over to Guadi. You can see pictures of the building but you will never realize the overwhelming sight of this Neo-Gothic church until you see it in person. If that does not overwhelm you, then the impressive serene environment inside the church will. It is colorful, beautiful and peaceful.​

As you can imagine, it is very busy here so buy your tickets ahead of time online. There are also tours to the top of the towers which you can see the views of Barcelona. I highly suggest you also go on one of these. Children can only go up if they are able to walk themselves, so we split the times we were going to go up so someone could stay with Bug.

We booked the audio and tower tour tickets for La Sagrada Familia. 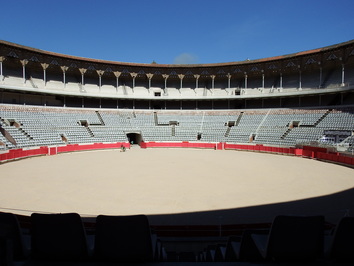 Bull fighting used to be held in the Monumental Plaza (built in 1914) up until 2011 when the sport had been outlawed. Now the arena is a museum to the famous bullfighters and bulls that made the sport great and holds circuses and other events. 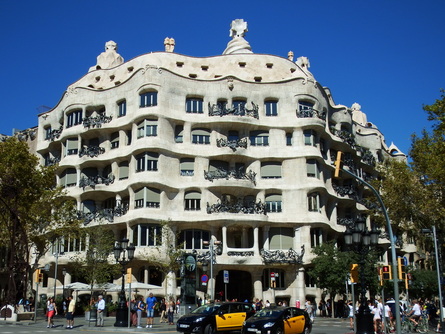 Casa Mila was Gaudi’s last work before he began working on Sagrada Familia. It is located on Passeig de Garcia and across the street from Casa Batllo. Case Mila was built in 1906-1910. There are no straight walls in this eight story apartment block. You can pay to gain access to the Gaudi Museum and the rooftop. 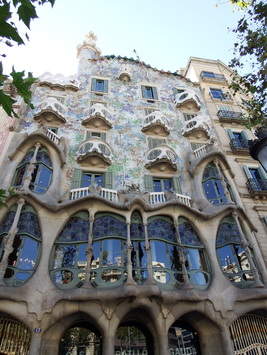 Casa Batllo was built in 1904-6. it is thought that the roof is to represent a dragon with St George as the chimney. 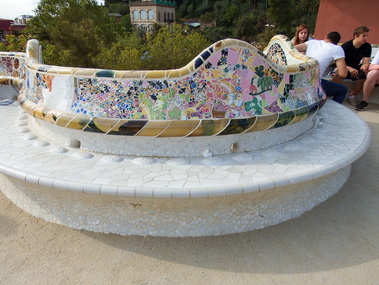 Parc Guell is an UNESCO World Heritage site. Antoni Gaudi was commissioned by Euesbi Guell in the 1890s to design a garden for him on his estate. It was later made a public park. This is another busy destination so best to book ahead. It is also better to take the 24 bus from Plaça Catalunya than the Metro as the metro stop is quite a walk away and the park is located on a side of a hill. 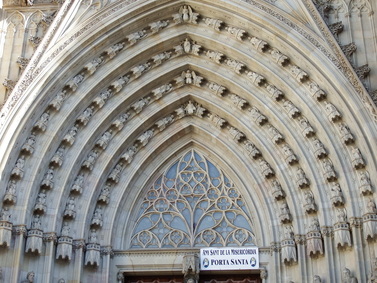 Barcelona Cathedral was started under Jaime II in1298 but some of the buildings date back to the Visigoth times. It was not completed until the mid-19th century. The font has records of the baptism of six Caribbean Indians that were brought back by Columbus in 1493. 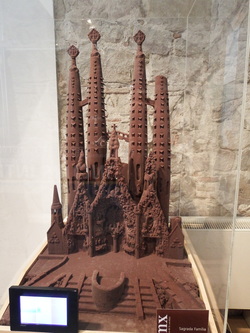 Museu de la Xocolata was actually on my mom's list of things to visit and I am glad that we did. I had already been to the Chocolate Story in York so thought it would be much of the same but this really showed the impact chocolate had in Barcelona (I didn't realize it was so important) and the artistry that came with the craft. Plus you get a bar of chocolate with your entry!