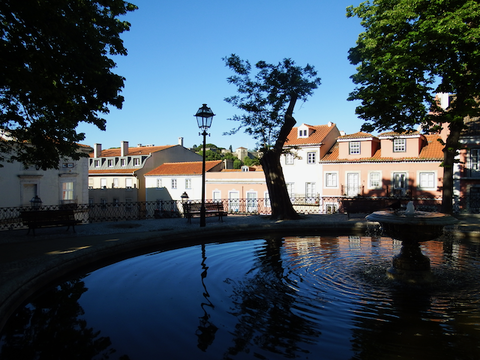 I had to go to Portugal for work and Mr B and Bug had to come with me, tough life I know. The weekend following the conference was a bank holiday so we decided to stay in Lisbon for the weekend.

​We had a lovely time and this city is lovely to wander around. 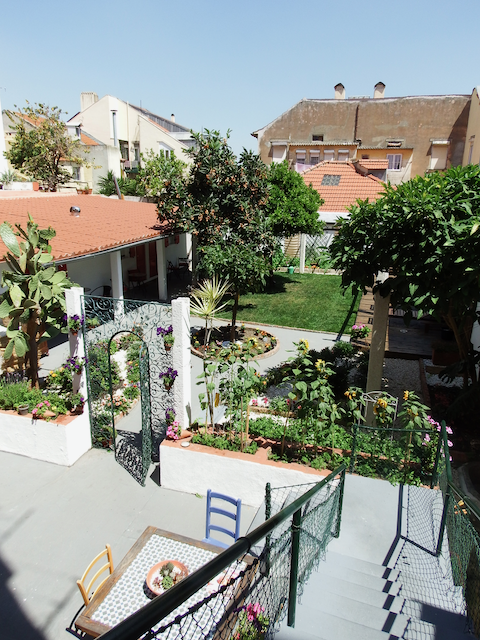 We found this lovely place on AirBandB. The place was in a great location for seeing the city and Andreia was very friendly with suggestions of what to see ready for our arrival. 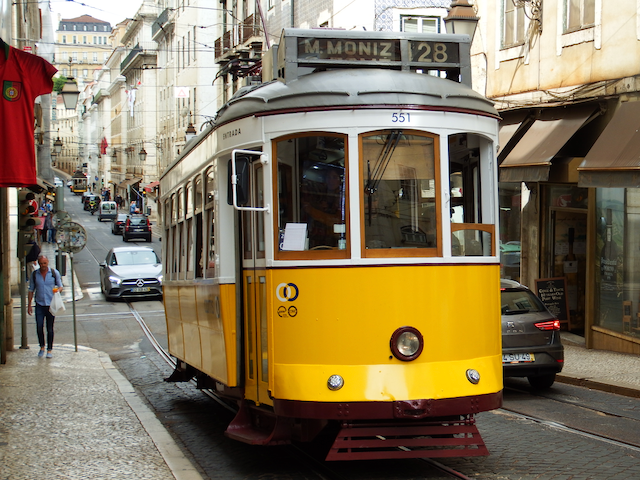 Since we were centrally located, we just used the buses and trams. Bug loved riding on the trams.
The cheapest way to get around is using the Viva Viagem. This is a loadable card which you touch on a machine per ride. If you ride the tram without it costs €3, with only €1.35. Deposit is only €0.50. It has a hour-long re-entry period (doesn't charge you within an hour of your first travel). These can be purchased at machines and shops. We put €10 credit on ours and that lasted 2.5 days.

Luckily, I have a Portuguese colleague and so I knew a few words which go a long way! 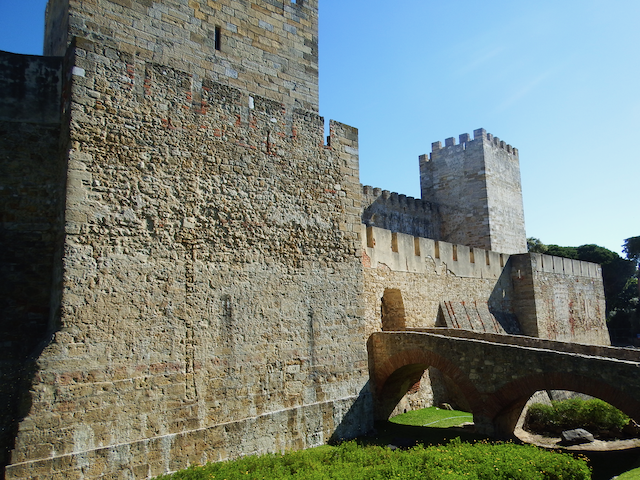 This costs €10 per adult to enter.

It does help to get there first thing as the line to get in can be a bit long. Also it is one of the only places that opens at 09:00 so you can fit more in your day.

In 1147, King Alfonso Henriques transformed the hilltop citadel as a residence for Portuguese kings. This was moved to in 1511 to Praca do Comercio. It was renovated in 1938 after the decay following the 1755 earthquake which destroyed the city.

There are great views of Lisbon and the Tagus.

Make sure you use the toilet before you leave because in some public toilets, you will have to pay.

There are a lot of peacocks here, which we loved! 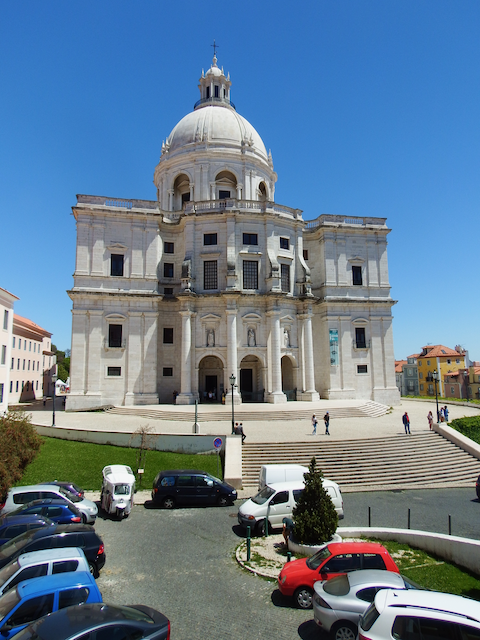 Bug saw this when we were on the bus on our first day in Lisbon. We had gone for a wander to just take a look in the sights. She said "I want to climb that dome!" so I made sure that we came here.

It was not very expensive to go in and you can go up to the level where the dome rests- great views of the city, habour and market below.

This market is on Tuesdays and Saturday.  It is a flea market wit ha few tourist stalls and outside of the

Church of São Vicente of Fora 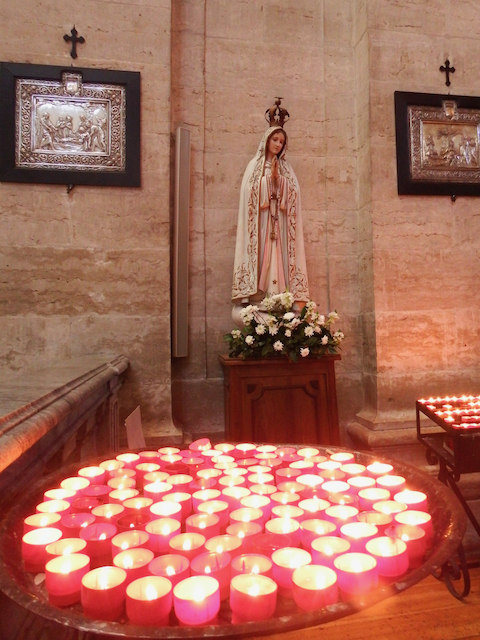 I ducked in here while Bug and Mr B had an ice cream. the church is free to enter but you need to pay €5 for the crypt- so I didn't go in. There is a beautiful garden just before the crypt with lovely flowers. 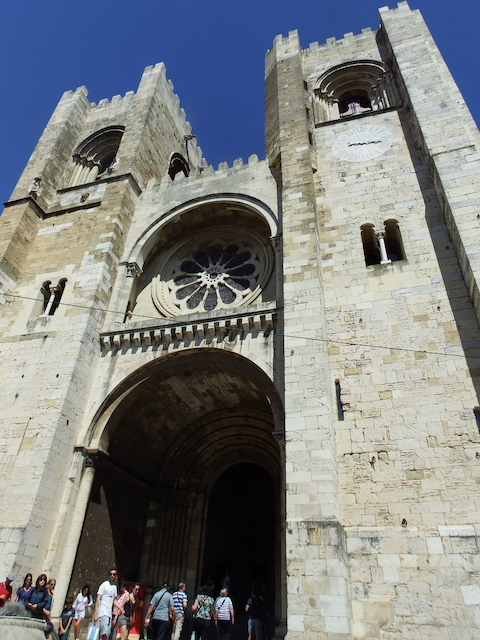 Built by Alfonso Henriques after he recaptured Lisbon from the Moors. This was for the first bishop of Lisbon, English crusader, Gilbert of Hasting.

It is a blend of architecural styles due to being rebuilt after 3 earth tremors in the 14th century and 1755 earthquake. 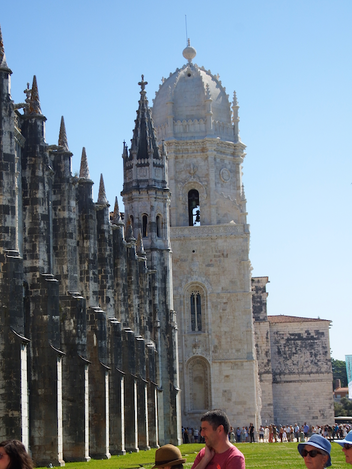 This is a 16th century monastery built on the orders of King Manuel I.

One note is to go early or when Mass at 11:30 on Sunday  is not taking place. We were not able to see the beautiful church.  It gets very busy so expect long lines.

Monument to the Discoveries 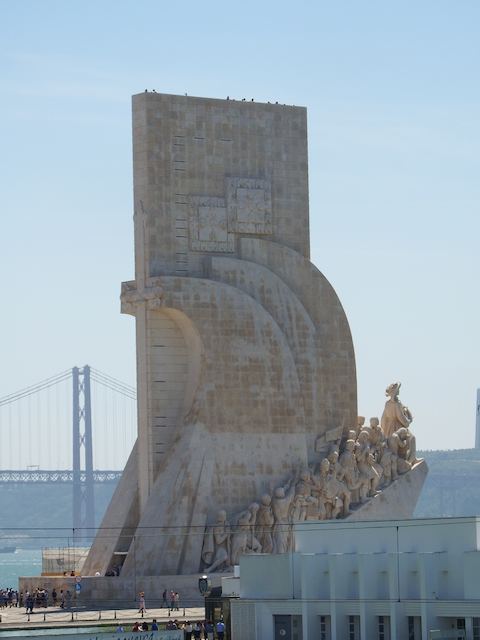 Built in 1960 to mark the death of the Henry the Navigator and those who took part in the development of Portuguese Age of Discovery. 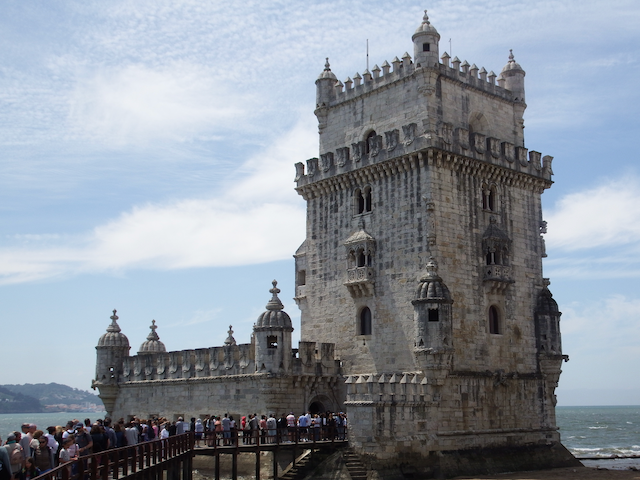 We were unable to go in as the lines were so long so I would advise that you come here when it first opens. This is lucky because Vistacity says that the exterior is more interesting than the interior with it's North African Moorish watchtowers, Gothic features and four levels. 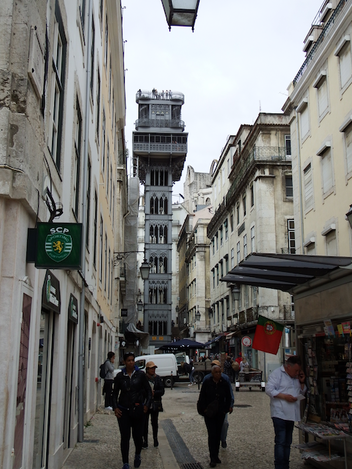 This Neo-Gothic lift was built by 20th century architect Raoul Mesner du Panszel who was the apprentice to Alexander Gustave Effiel.
Tickets can be bought at the bottom of the lift.
Great views of Lisbon- Rossio, Baixa, Castle and river. 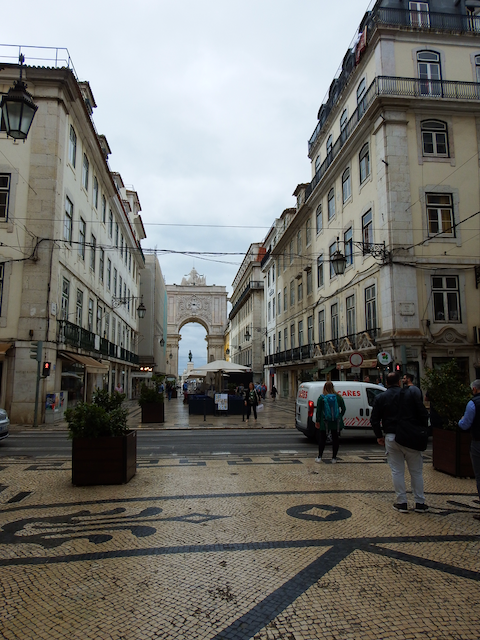 The streets here are pedestrianisee with mosaic pavements and boutiques and cafes.
The Arco da Rua Augusta was built in 1873 to commemorate the city rebuilding itself after the earthquake in 1755.
Lovely to walk along and down to Praca do Comercio. 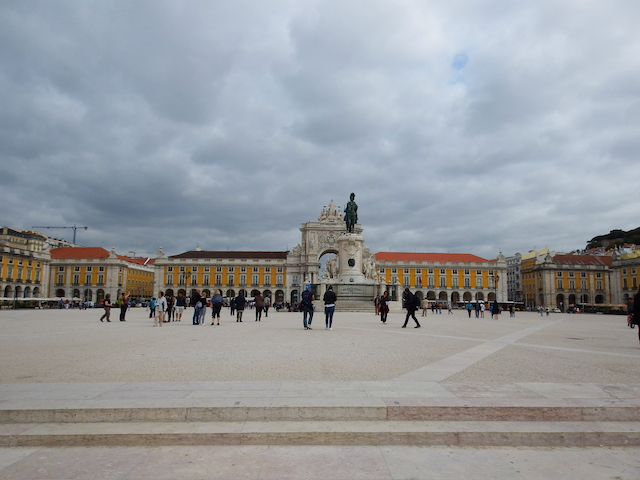 Castle moved here in 1511 from Sao Jorge. It was destroyed in 1755 earthquake.
They became government buildings in 1910 after revolution and were painted pink. They are now yellow, a royal colour.
King Carlos and his son, Luis Felipe assassinated in 1 Feb 1908 as they passed by the sqaure. 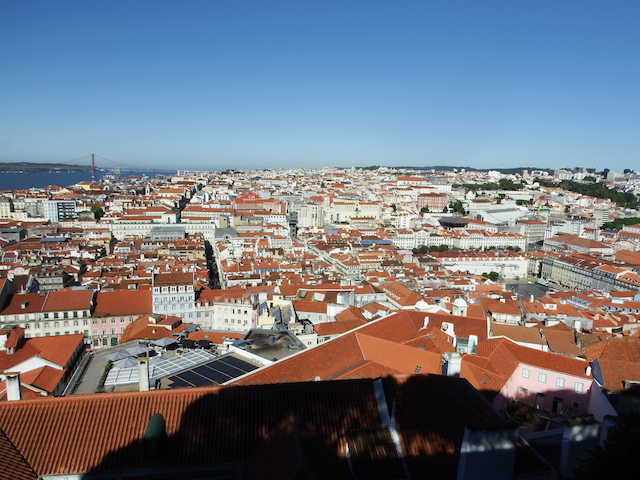 Developed at the end of 19th century as a working class quarter but is now visited for it's panoramic views. 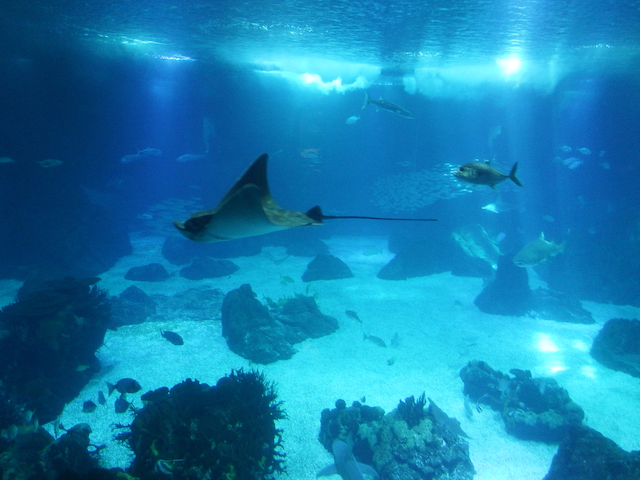 The Oceanario de Lisboa is the second largest aquarium in the world and well worth the visit. The tanks are broken down so it only shows on global ocean at a time.

We absolutely loved this place- I find aquariums are always a hit with children and adults alike.

We spent 2 hours here but could have spent more but Bug was getting tired so we thought we would head home.
I also liked the display that showed what our impact on the planet's water.