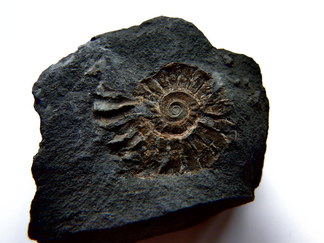 Mr B, Bug and I decided to head to Dorset for a week. After looking into what Dorset had to offer we made plans for a week away here. We located an AirBandB in Upwey, just outside of Weymouth, which was very convenient for all the places we wanted to visit.

We got very lucky with the weather our entire trip- in fact at times, it was too hot! Definitely somewhere I will be coming back to.

I don't usually recommend places to eat but if you are looking for a take-away, one that is award winning and we stumbled across is Daniel's Fish and Chips. The scampi was so much better than my local. Bug and I also loved the calamari. 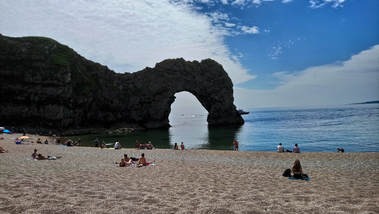 Durdle Door is one of the most beautiful places I have been to but the way to get here is not for the faint-hearted. It is very steep

We parked at the top, had our lunch and walked down. Bug had a bit of a swim. The beach is stoney but smaller than you will see at Ringstead Bay which is more shingles. 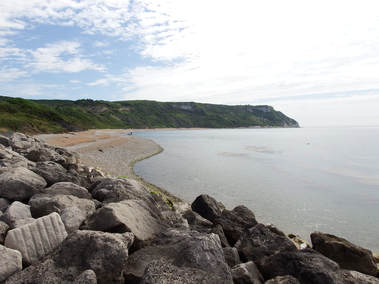 The beach is a shingle beach. 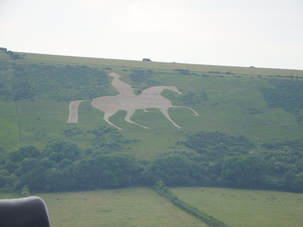 The Osmington White Horse can be seen from the road between Ringstead Bay and Durdle Door.

It is meant to be George III who made the area popular as a place to visit. It was restored for the 2012 Olympics. Weymouth was one of the locations where the sailing too place.

There is a car park opposite so that you can stop and view it. 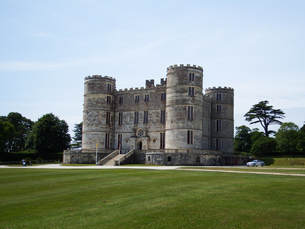 Lulworth Castle was built in the 17th century as a hunting lodge to host royalty but today it is a very nice property to visit for about a half day. The castle itself had a fire in 1929 but has had a little restoration and the views from the top of the tower are amazing.

The admission to the castle is free for EH members but you will still need to pay for car parking.

There is also the first free standing Catholic church after the reformation.

Take a break in the tea room and burnout the children's energy in the woodland playground and feed the peacocks.

You will hear shooting at at the local army range from here. 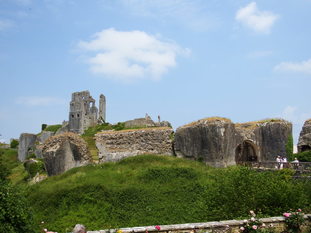 Corfe Castle played a big part in the Civil War. Sir John Bankes wife and her retainers had a six week siege against 600 Parliamentarians and only failed when someone from the inside let them gain access.

It was blown up in 1646 by Parliament so that is could not be used again.

It is a National Trust property and the car park is a 20 min walk (10 minutes along the busy road).  The car park is small so may fill up- NT can park for free. If you are going to ride the Swanage Railway, you can park at Norden, hop on the train and get off at Corfe Castle.

Dogs on leads are allowed.

The tea room faces the castle and so far is my favourite NT tea room. 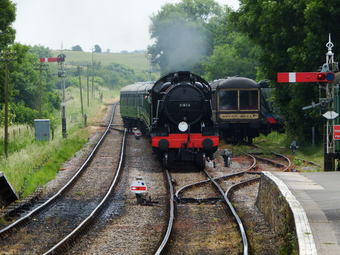 The Swanage Railway was closed in 1972 by the government. This has been a  struggle to get this track to what you see today. Anyone who loves trains, will love a ride on this. There are steam or diesel trains and they come about every twenty minutes.

From Corfe Castle, it is a short walk to the Swanage Rail Station. We rode the  train from Corfe to Swanage and back.

​We took the train to Swanage and back. Under 5s free and dogs are welcome. 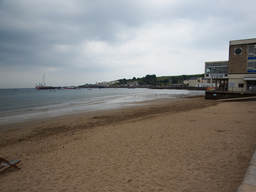 Swanage is a seaside where the Purbeck stone was transported to London and used in buildings- some was used in St Paul's Cathedral.

​We walked down the high street to the sandy beach and had an ice cream whilst waiting for the next steam train to return to Corfe Castle. 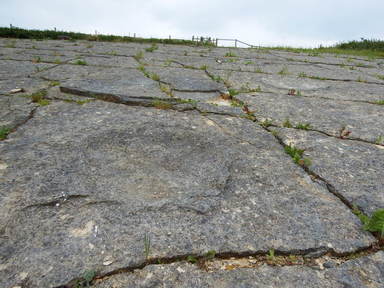 We read that there were dinosaur footprints at Spyway NT so we headed there on our return from Swanage.

There are other things to see here but it had already been a long day. These footprints were found when they were digging for stone. There are over 100 footprints and they think it might have been near a watering hole.

The car park is free for NT members and the footprints are about 30 minute walk away. 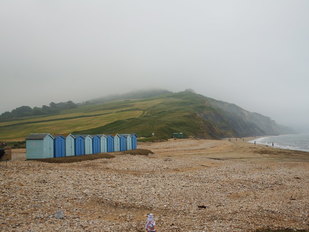 Generally when we decide to go somewhere, Mr B just tells me one or two things he would like to do and I make it happen. Fossil hunting was one of those things.

I looked into it and Lyme Regis and Charmouth are supposed to be the places to go. Charmouth was the perfect choice for this. It was 30 minutes to the west of Weymouth which was the only issue as it wasn't near any of the other things we were going to see but we tied it in with Bug's nap.

The car park was right off the beach. The beach is sandy so Bug built sand castles. We were able a few items to take up so it was worth the travel.

​There were toilets and baby changing facilities and a cafe. 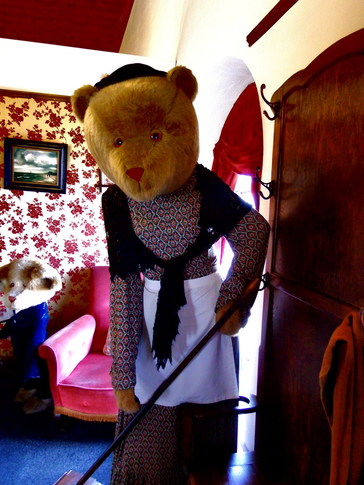 Whilst Mr B went for a driving experience (please see below), Bug and I wandered Dorcester and went to the Teddy Museum.  The Teddy Bear Museum has been on both the BBC's Antique Roadshow and Blue Peter.

It is a lovely layout with life-size and other teddies. I wasn't sure how much Bug was allowed to touch. They also had a replica of the first 'Teddy Bear' named after Theodore Roosevelt. 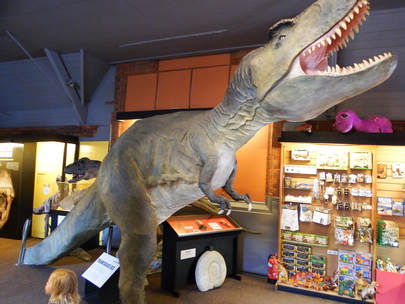 The Dinosaur Museum was the first to be opened solely based on dinosaurs. In fact, Mr B was taken here when he was small.

This has also been seen on several television shows like Blue Peter.

A great place to save for rainy days.

Mr B had an experience gift for his birthday so we looked into what was available in the area and came across this. He drove a Land Rover Discovery for 40 minutes around a course of challenging hills.

​I would google Groupon first to see if you can get a good deal. 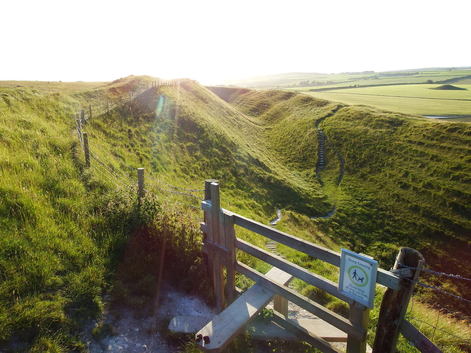 Since this is open all of the time, I would schedule it when everything else is closed. We went in the early evening which made the view breathtaking.

Maiden Castle dates back to 100 B.C. and is a the largest Iron Age hill fort in Europe. Dogs are allowed on the lead and it has free parking. 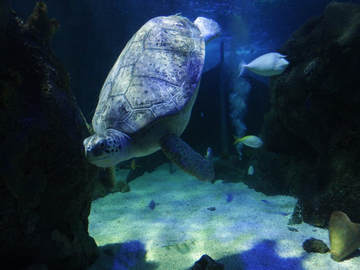 Sea Life is located off the beach. So we walked on the beach and had a bit of lunch before going into the park.

I highly recommend booking ahead of time because you can save up to 40% on your admission. Because of this, we had to rearrange our days to ensure we didn't pay too much.
​
There is a waterpark here so bring some swimsuits and let them loose!

There is also a special ticket that combines a ride on the Jurassic Skyline. We didn't get it because it was closed at the time. 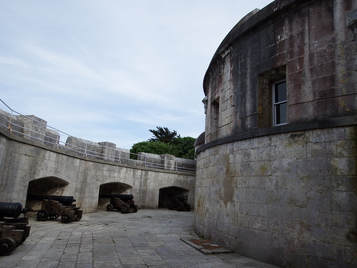 Portland Castle is a bout a 20 minute drive from Sea Life. I have English Heritage membership as well so we got in here free as well had free parking.

This was one of Henry VIII's forts to defend against French and Spanish invasions.

It played a part in coastal defense during World War II. It was also a place for ordnance storage and accommodation for British and American troops. Nearby they did preliminary training for D-Day.