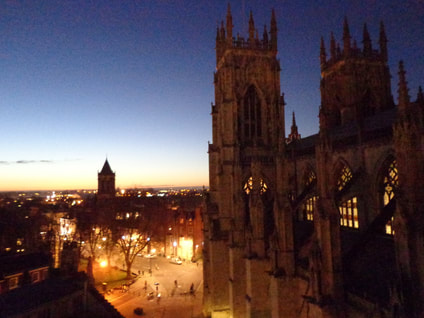 This is a lovely university town dominated by York Minster. As per usual, Jon and I went away for a short break in December and it was York this time. I really enjoyed our 5 day stay here and particularly loved the sningle ways!

I am a huge fan of taking the train and with our Two Together Railcard, this makes it worth while. It took us between 2.5 to 3 hours from Waterbeach. You can split tickets like we did (Waterbeach to Peterborough and Peterborough to York) to make it cheaper but the only thing is if one train is running late, you will not get compensation. So plan plenty of time in-between trains. But I think overall I saved £60 before using my railcard.

It is a very walkable city so I am not sure how much the hop on and off bus will contribute to your visit. 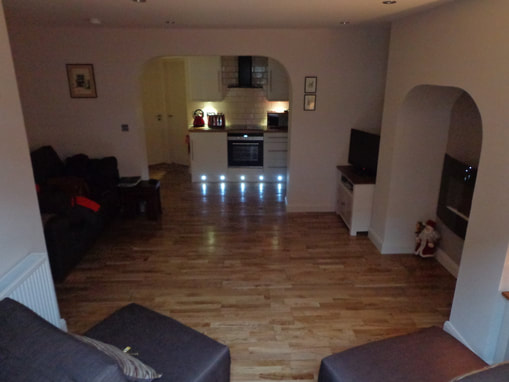 We stayed at Gillygate Central which was perfect for the two of us. It was only 5 minutes walk from the Minster. It can sleep up to 4 people and there is access to takeaways and corner shops should you need them. Also Lynne the owner is very friendly and available for assistance. Highly recommend it! Also only 10 minute walk from the train station! 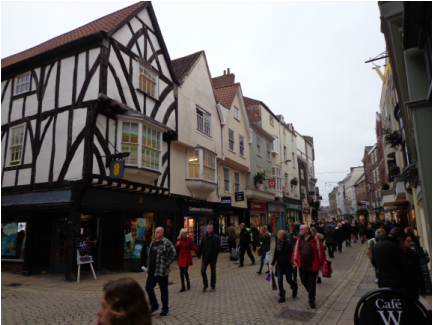 What I love about York is the shopping is so easy! I am not a huge shopper but all the areas are pedestrianized. There are chains and independents mixed with each other. Things will be cheaper here than in the South (except chain stores) but more expensive than the surrounding areas.

There are a lot of pubs, chain and independent restaurants. You really are spoiled for choice. As always my recommendation is pick some place that is busy but also be brave and give it a go. Otherwise look to places like TripAdvisor and Netmums (for children friendly).

York is a university town so it doesn't go to sleep when everything else closes. During the evening, many pubs have live music and pub quiz. We went to the local cinema. There will also be clubs and bars to go to. 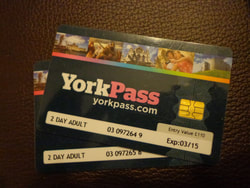 We decided to get the York Pass for two days. It was well worth it as everything that we wanted to see were on here. I always recommend see what they offer and costing it up. The great thing about York is most of the stuff is right next to each other.

We would have gone to get the three day pass but we had friends that we were visiting with so were unable to use it consecutively. 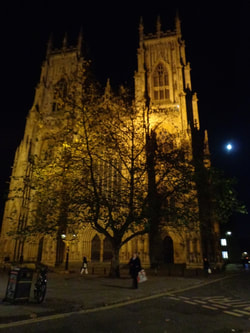 York Minster is very much a living church. They have regular services and events.

They are currently working on the single, largest expanse of medieval stained glass in the country. They have a great display so that you can appreciate the beautiful work of the stained glass and the works to preserve it.

Aside from the beautiful cathedral, it has an amazing display in the undercroft about the historic foundations of the church and city- one of the best I have seen.

The tower tour is worth the additional price as you can really appreciate the city and see all the winding roads below. I liked that we went later in the day as we were able to catch everything lit up. 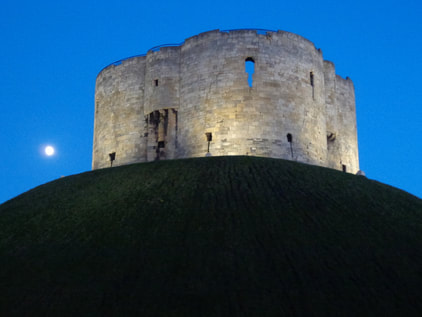 Clifford's Tower is an English Heritage property but you also get into this with your York Pass.

You get amazing views of York from this place. It is right next to York Castle Museum and part of the remaining bit of York Castle which was built by William the Conqueror. 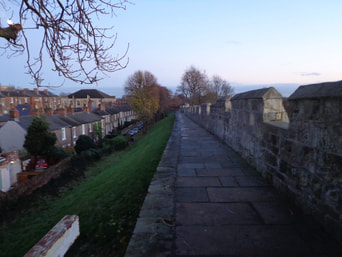 Lovely walks along the walls allow you to get your bearings.

It is free to do this so best to do when all else has closed. 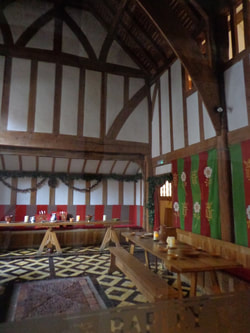 Barley Hall is right around the corner from York Minster. All the stuff is replicas but the great thing is that children can touch and try things out which I think enables them to put things in context. Also it is nice to be able to touch and smell things. 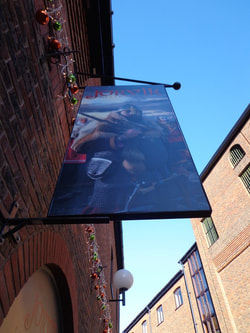 Jorvik Viking Centre is an amazing experience. It has displays based on the findings in this area on Coppergate. You ride a trolley through the displays of the way Vikings lived in the area.

It is free on York Pass 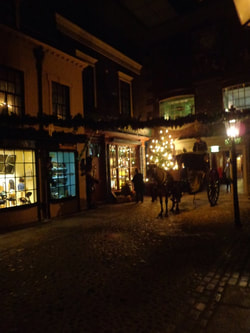 York Castle Museum is near Clifford's Tower. It has very interesting displays of culture such as clothing for different occasions, toy collections over the years, the progress of kitchens and my favorite part, the Victorian street with shops full of relics of the past. It also has a great display of the prison and who was kept there.

When we went there was an amazing display for World War 1 and its affect on York and the local area. There was also a display on the 1960s and things changed for England with the conveniences that the US was already enjoying in the 1950s but remember they were rebuilding their country at this time. 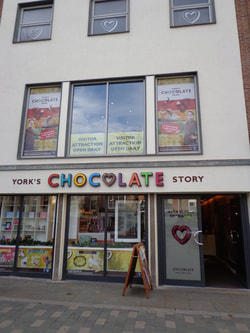 York Chocolate Story is a great way to see the history of chocolate and its history based in York with the likes of Kit Kat, Terry's Chocolate Orange, Aero, Rowntree's Pastilles and others.

You also get to have tastes of chocolate along the way and get to go home for a self-made chocolate bar.

A must for children and chocolate lovers.

It is free on York Pass 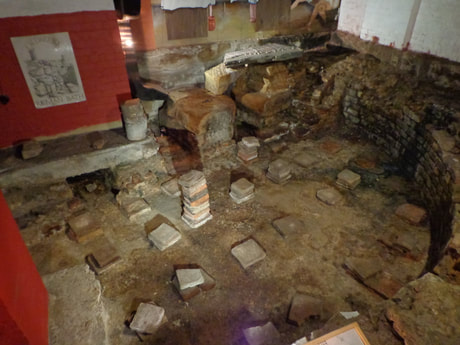 The Roman Baths were discovered following a fire in 1929 in a pub. They were going to expand the cellar when rebuilding the pub and discovered the remains of a Roman Bath.

It is very small but interesting. You can see a few remains of the baths. Its the dedication of the curator and his collection that makes it worth while- not much to see otherwise. 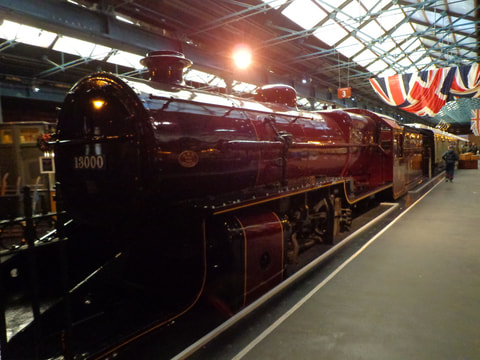 The National Rail Museum is great place to spend an hour or two while you are waiting for your train. The museum is free so no need to see it along with all of the other sights. Great for a history buff or a little boy or girl fascinated with trains. 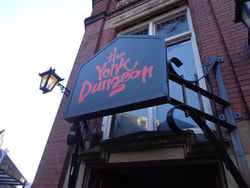 I had never been in one of these venues so had no idea what to expect. I guess I thought that there would be people jumping out scaring you like in haunted houses. Instead, I was presently surprised. In York Dungeon, the themes are based on the history in the local area so you learn while being scared in a good way! It was very fun! 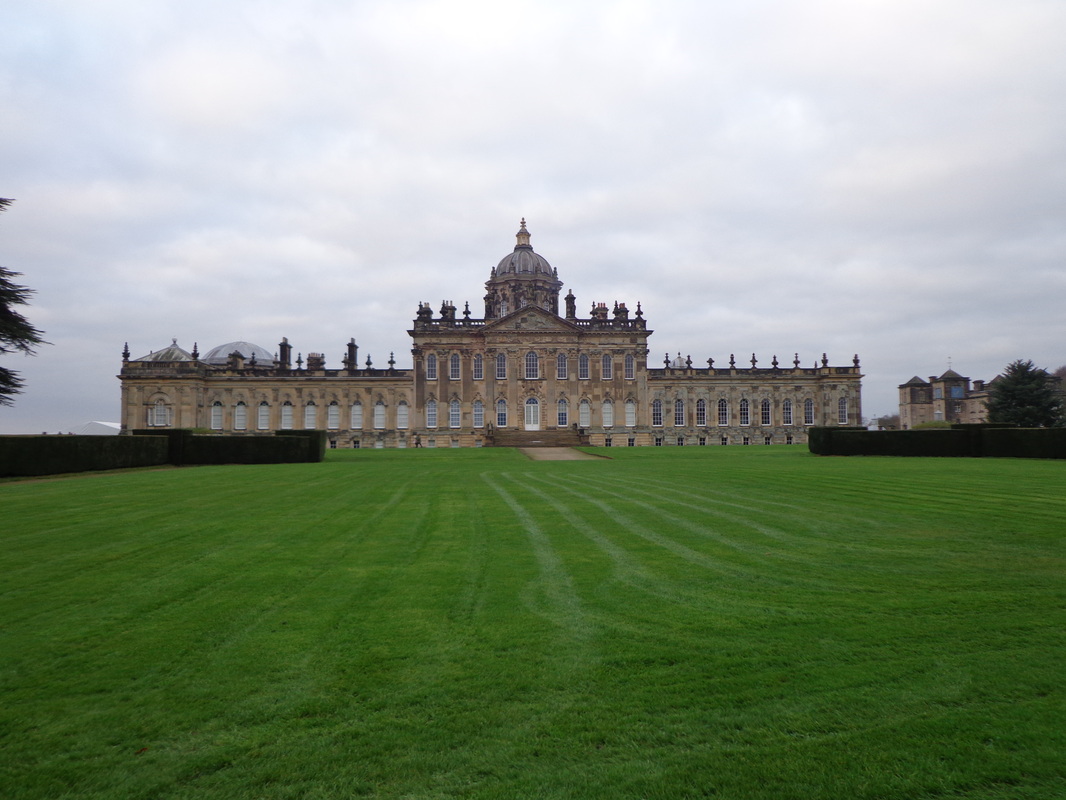 Castle Howard is actually about half hours drive from York. It is one of the best stately homes in Yorkshire. It is a great place to go for a walk around the grounds and then have a spot of tea and a scone in the cafe. The house and grounds cover 10,000 acres and has over 200 buildings that are listed.