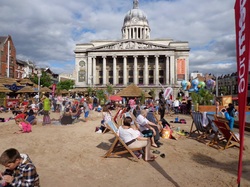 I went to Nottingham for a few days as I got a free nights stay from an office I was leaving. It is about a hour and half away from Cambridge.

It is a very nice town but has a lot of the bog standard chains all over which left me a bit disappointed but overall we enjoyed ourselves.  If you walk down Hockley, you will find independent shops.
​
It also has the only Hooters in England with "all you can eat wings" Mondays.

We were lucky because the Robin Hood Festival was going on while we were there which made a good day out. 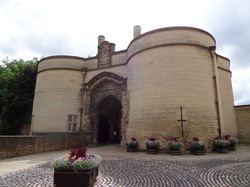 Nottingham Castle should be called Nottingham Manor instead as it is so small. It is also closed for 2 years refurbishment.

It is very nice to walk around and has a playground for the children. Your ticket also gets you into the Museum of Nottingham Life. 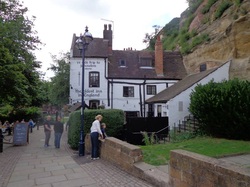 The Ye Olde Trip to Jerusalem is the oldest pub in England. It is on the side of the hill from Nottingham Castle and very good place to eat. Some of the rooms are in the caves under the castle. 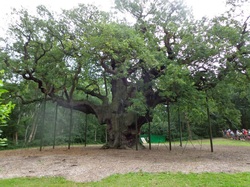 Sherwood Forest is about 30 minutes away from Nottingham. It is the place that Robin Hood is said to have lived when he stole from the rich to give to the poor. You can go here and see the famous Major Oak, Britain's most famous tree.

This is a really nice place to take the dogs or children out for a walk and catch some fresh air. I would suggest coming at the same time as the Robin Hood Festival. 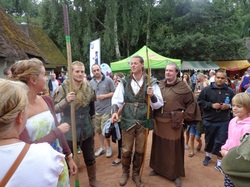 I was really happy that the Robin Hood Festival was going on when we visited. There are were loads of stalls, rides and displays.

I think it is too far to drive for one day but would suggest staying in Nottingham if you are going to go to this event. 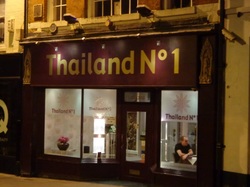 We were looking for some independent places to eat and stopped in Thailand No 1.

It was great and took me back to our trip to Thailand in 2012.