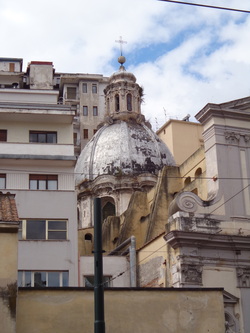 Mr B and I wanted to get away to a sunny place in Europe and chose Naples to spend our time. Although I have heard of the pickpocketing troubles that could be experienced there, outside of that I was optimistic about our trip. We had a hotel booked in Bagnoli which was a suburb but looked like it was reachable via public transportation which wasn't a problem. I has also asked some Italians that I work with their recommendations of what to do when I was in town and they were very helpful with highlights and must sees.

However, once we got to Naples it was a different story. I had heard from a friend that Naples was a bit run down (she used worst words than that- s!@% hole were her exact words). I wanted to love it. Even the Italians told me not to go into the Spanish quarters except early in the morning as it was as bad as the Bronx and he wouldn't even go there without a local.

So what was my issue with Naples? It was dirty and I am not talking about a little trash on the street, that I can cope with. Every receptacle was overflowing, there was dog s!@$ everywhere, graffiti all over (I have friends that are graffiti artists but this was not art).  While the people were very nice and the food was fabulous! It was not ideal for our 10 day stay. So we upped sticks and headed to Sorrento!

Should you visit Naples? I think it is an experience. I guess I was expecting an artisan side like Paris or London but was disappointed. I would say if you feel you must visit, go for a day but do not stay here.

The good points: The bad:
I have been to worse places so I would not suggest do not go here but limit your time here. We just wanted to relax and Napoli wasn't what we were after. Here are the things we did do and I suggest if you stay here to try: 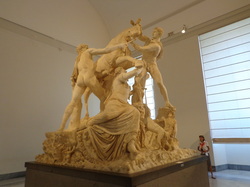 This is a really nice museum and worth a stop. There are many items that were found in Pompeii that are displayed here so it gives you a bigger picture.

They also hold your lugagge for free so if you spend the day here and then go onto your hotel or go here on your way to the airport take your stuff with you.

Top things to see include the Toro Farnese (Farnese Bull) which was restored by Micheangelo. Another important sculpture if the Ercole (Hercules).

There is also a Gabbinetto Segretto (Secret Room)- includes Roman paintings used in brothels as menus. 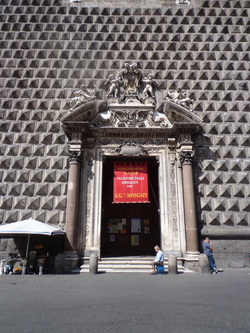 Jesuit Church which is a reinnasance building with diamond facade on the front. 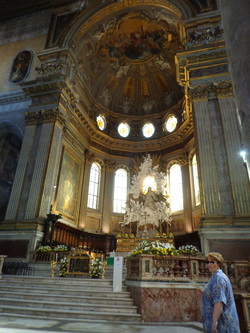 Blood from San Gennaro turns to liquid in May, September and December. I was planning to attend this celebration but decided to leave Naples early.

It is a beautiful church. 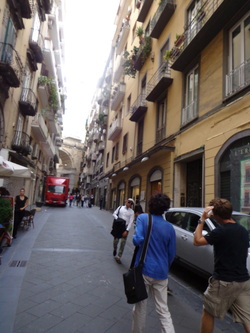 There are very nice parts of Naples and the Chiaia is one of them. It hosts expensive shops and is near the coast so a walk around here is really relaxing.