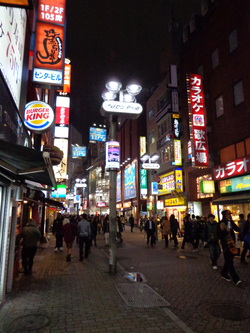 Mr B and I went to Japan for the wedding of his childhood friend, Kristian and Miki. Since we were flying so far we thought we would make the most of it.

The wedding was in Tokyo so we spent most of our time out there but did manage to take the bullet train to Kyoto so that I could see some geisha.

We stayed at a great hotel, Shibuya Tobu Hotel, in Shibuya, which is busy pay and night. I even took a video of the famous crossing there. 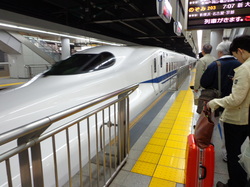 The taxis are relatively cheap but Tokyo has a great subway system so if you have used something like what London has, you will be fine. Stations have maps on the walls with the station names in English. The numbers on the maps are how much it costs to get to where you are going to from where you are.

One thing that I wish I bought was the Japan Rail Pass. It turned out that it would not have saved us money on the trip to Kyoto because you cannot travel on the bullet train with this but it would have meant we could have went farther than we did.You have to have this sent to you before you go to Japan. 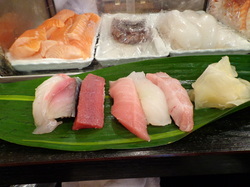 I did not have any food that I did not like. Unforunately the Japanese cuisine doesn't like me! I have a soya allergy and should have had it written down in Japanese for me to carry around like I did in Thailand. Go out and be adventurous!

If you want your bill, make a X with your fingers when you see the waitstaff. 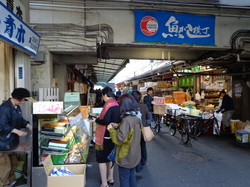 You have to get up really early for this one. When you get to the station, once you exit turn left and then an immediate left.

Some places begin their auctions between 5:00-6:15 a.m. and you will see some lines starting to form early to get into certain sushi bars. This is the freshest sushi you will get anywhere in Japan. I overhead someone say you needed to be there more like 4 a.m. to get in all the auctions so some tourists don't bother going to sleep and some have been naughty and they have made signs about do's and don't.

We just went into one of the other sushi bars and really enjoyed watching the guy make it while we watched. It was a great morning! 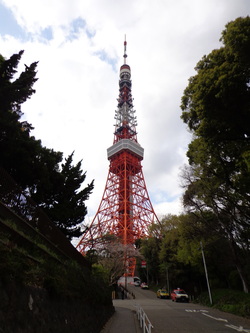 This is great place to see the skyline of Tokyo and on a good day Mount Fuji! It has an aquarium and restaurants in the base of the tower as well. It is located near a nice park which would be a great place for a picnic. 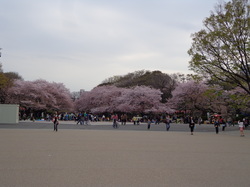 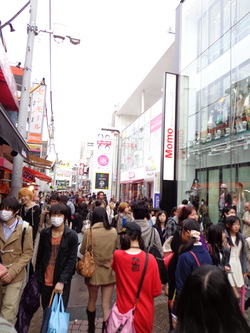 This place was made famous when Gwen Stefani started to sing about the Harajuku girl. It is also a great destination for shopping.

You will be more likely to see the Harajuku Girls on the weekends mainly Sundays. 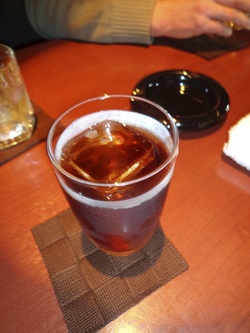 This is a good place for the clubs. 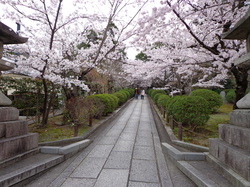 Ever since I read the book, Memoirs of a Geisha,  I knew I had to see them if I ever went to Japan. Jon and I took the bullet train there which took 2.5 hours to get there. It was nice because it wasn't as busy as Tokyo and just gave another aspect of Japan.

Unfortunately, I am allergic to soya, which is in everything, and did not bring any allergy medication and the stuff I got at a pharmacy made me very drowsy so we did not see as much as I would have liked. 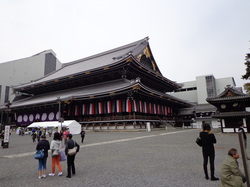 This is the world's largest wooden structure. It is a very beautiful temple. It is on the way to some of Kyoto's other sights and worth a stop. 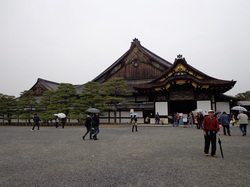 This was one of the highlights of our visit. You were able to walk through a wooden house where the Shogun lived. This was probably the oldest structure we did see in Japan. 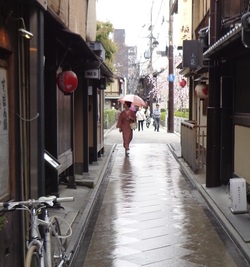 This was one place I did see a geisha. Jon and I walked along this old street and had lunch in one of the restaurants  Really good! 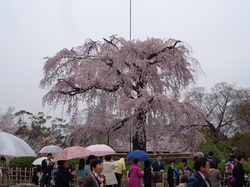 Another great place to see the cherry blossoms and get some fresh air. Leading off the park are nice winding streets catering to tourists.