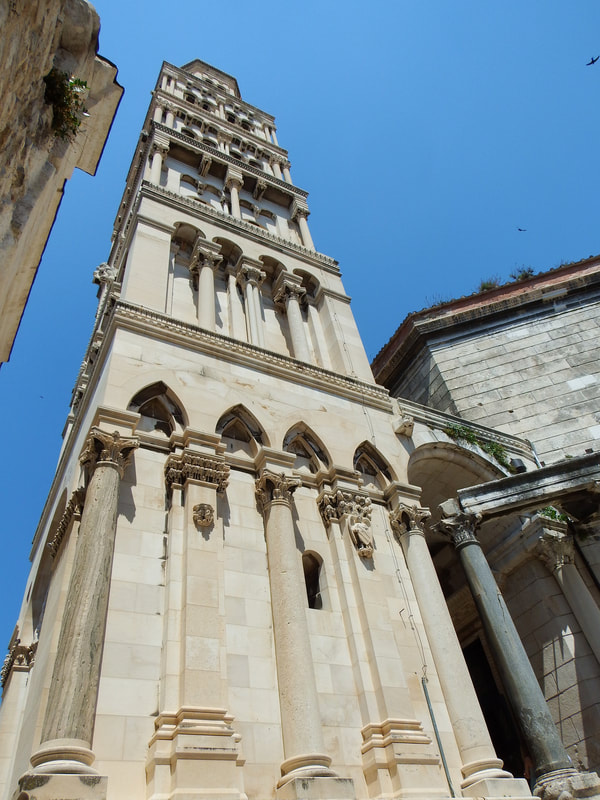 So Mr B and I wanted to go on holiday but we felt like at the moment we didn't want to do our regular 7 days, hit up everything and only relax in the evenings. With Bug not 2 years old yet but active enough not wanting to spend all day in a pram, we thought we would look into a private villa with a pool, near the beach but walking distance to restaurants and other amenities (we did not want to rent a car) but not too expensive. Not a tall order at all!

But we had no idea where we wanted to go. We thought about the Canary Islands but most were in places you needed a car, shared a pool with a lot of people (so I wouldn't feel comfortable sitting out by the pool while Bug was asleep) or out of our price range (some places actually charge you the villa rental per person!). So after trawling the internet using sites like Airbandb and Tripadvisor and matching locations that had villas with private pools and where the cheap airlines fly from the local airports and I finally worked out that Split in Croatia was where we were going. I needed a vacation from planning my vacation. I spent 2 days spamming Mr B until he settled on two villas. One in Spain (but we went there the year before) and this one.

Croatia joined the EU in but still use their own money (Kuna) but I am told that they do take Euros. Usually when I travel in Europe, I use a cash card that is loaded with Euros so that if it is lost or stolen, it is not tied to my bank account back home. But in this case we just decided to take cash which I got from Marks and Spencers. They also gave me a great conversion chart on my receipt so that I could have an idea of what I was spending. Many restaurants and bigger shops accept cards but smaller ones take cash only but three are ATMs that you can use. FYI also say you want it taken out as the local currency so your bank gives you the best rate.

​As it is in Europe, it uses 220 volts and has European plugs.


The tap water is safe to drink.

The Croatians are fabulous with children in my experience but Bug is very well behaved so not sure how rowdy children would be received. They gave Bug free bread in the shops, smiled when we allowed her to help us with the cart and regularly blew kisses to her. They also suggested she wear a sunhat (which she won't so we lather her with sunscreen) and ensure that we put a muslin over her legs when she was napping to protect her from the sun (we were in the shade and I was trying to keep her cool).
​
​ 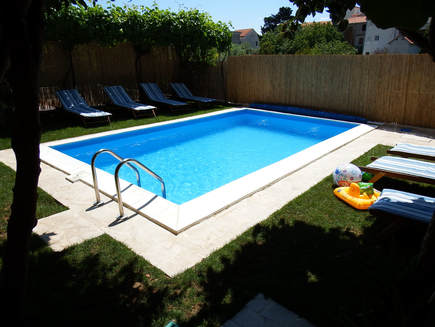 We actually stayed in a village only 10 minutes on a bus outside of Split in the Apartment EM II Stobrec - Split We found this lovely Airbandb flat in Strobec, a short bus ride from Split. It was perfect because we were able to fly from Stansted to Split Airport, take a shuttle bus to Split and then one more to Strobec. When leaving the airport, go left and you will see a line of buses to get to Split.

Enis and his wife were perfect hosts and the villa was all that we were looking for. We were on the ground floor where the pool was. We had a private area for outdoor dining, which we took advantage of for all our meals. It had two bedrooms, a cot and a dining/kitchen area and bathroom with washing machine. The pool was very nice and well used by us. It was shared with two other apartments but that didn't bother us. Strobec was lovely in that it had a corner shop and many restaurants. It also has a pebbly beach and two playgrounds. As I stated before it is only a short bus ride from Split but the bus only comes once an hour. 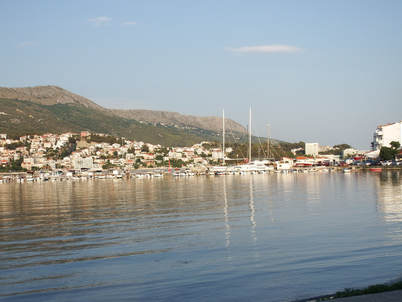 Strobec was a Greek colony in 3rd century BC. It was later under Roman rule and then the Venetians.


We walked around Strobec a few times just taking in the beautiful scenery. We played on the playground before dinner, had an ice cream and walked in the lagoon after dinner.

Stobrec was cheaper than Split. We often have meals around 250 Kuna (£) which I found to be quite affordable. 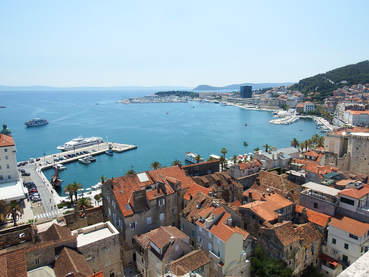 Split has a huge port for cruise ships and other ships. This is a short distance to the old town. We spent a very hot day wandering around the narrow passageways taking in all the sights. I believe in tempering what I want to see with what Bug is willing to do. We wondered around the area that
used to be Diocletian's Palace. Bug had a great time picking one way and another to run down.


We visited the Cathedral of St Domnius. This actually used to be the mausoleum of Diocletian, who persecuted Christians. They removed his body in the 7th century and replaced it with St Domnius who was persecuted by Diocletian in the 3rd century. It is also widely regarded as the oldest
Catholic cathedral in the world that has not been rebuilt during its existence.

For lunch, we just found a place we like the look of and I think part of the experience of traveling is enjoying the local food. With my food allergy, I get 'i have an allergy to cow's milk and soya' translated and carry it with me. In Croatia, I didn't experience anyone who didn't understand.
I am a wine lover as you may know. I tried t the Plavac which is the most widely produced and well respected red wine. It is also known as Peljesac. I also had the Posip which is a full white wine. Both are ones that I would recommend.

We decided against a boat trip from Split to one of the local islands as the heat during the day was so fierce. All boat trips leave from Split.