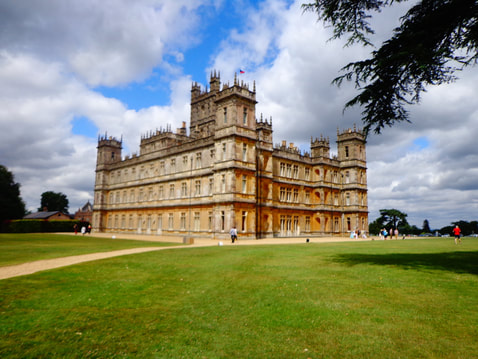 If you are Downtown Abbey fan, you will know this property. Otherwise if you are a horseracing fan, you may know that the Earl of Highclere Castle's daughter is married to John Warren, the Queen's racing manager.

Highclere Castle is only open for 60-70 days a year for visitors, 2 weeks over Easter, the May Bank Holidays, two months over the summer and a few in December. It is best to buy your tickets online ahead of time to ensure you are able to get in. They say that before Downtown Abbey they used to get 100 people a day and now they get 1200! If you are unable to get tickets online (they sell very quicklyso best to follow their FB page), they have told me that the two times you should come to try to get tickets are at 09:30 and 14:30 although 14:30 is the best time.

You are unable to take pictures on the inside of the castle but I think it makes the visit much better as ther eis so much to take in.

It was built in 1842 by Sir Charles Barry who also designed the Houses of Parliament. You can definitely see the similarities.

There is also an Egyptian Exhibition which you must pay to see separately. The 5th Earl of Carnarvon and Howard Carter discovered the tomb of of Tutankhamun in 1922.

You could definitely spend a half a day here wandering the grounds. 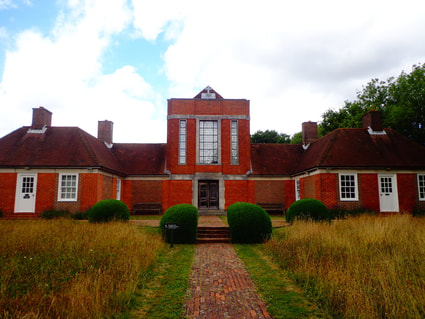 If you are a National Trust member and visiting Highclere Castle (Downtown Abbey) I highly recommend that you also go to visit Sandham Memorial Chapel. Jane and I went here and at first when we were walking up to the site that it might be a waste of our time, but when we learned about the history of the building, its intention and went inside the chapel, I was completely taken by surprise. It says on the website that you should prebook but really that is for groups.

It is a memorial to the men that served during WW1. The paintings in the chapel are by Sir Stanley Spencer. Sir Spencer is one of the greatest British painters of the 20th century. His style of painting is known as post-impressionist.

Sir Spencer's painted the scenes in this chapel based off of his experience as a medical orderly during WW1. Stanley was an official painter during WW2.

It is really worth a stop if you are in the area.