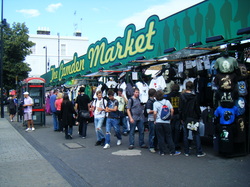 I heard about Camden Market from my sister-in-law who lived in London for many years and I thought I would head out that way to check it out.

If you are looking for independent shops this is the place you want to go. This is a huge market, the kind you would picture in your head and has over 500 ‘shops’ that range from vintage clothes to lovely crafts. There also cafes mixed with antique shops.

If you get off the tube at Camden town and walk to Chalk Farm underground, you will be able to mingle throughout the stalls.

Definitely worth the visit! She also says that the Fifty-Five Bar in Camden has great mojitos! 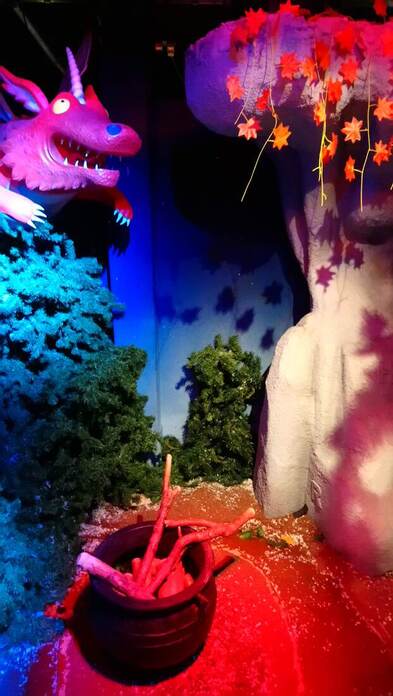 We went here when they had their Julia Donaldson exhibit. It was about 1.5 hours drive from Cambridge so a bit of a drive but we had a great time. You can buy a day pass to see most things and then book a time for their special display.

​There is a cafe and gift shop- I highly recommend coming here! 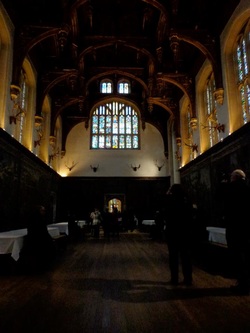 Hampton Court is located in Surrey just outside of London (about a 2 hour drive from Cambridge). Its probably best to drive there but it can be expensive for parking, so look here to find a cheap parking place. It is also a Historic Royal Palace property so I suggest to become a member because a year's membership is £43 and if you go to all five properties you will save £20 overall.

This is a property that you can spend at least 5 hours at so plan for it. It is bigger than any other property I have ever been to, so allow yourself enough time to take it all in.

Hampton Court was originally built for Cardinal Wolsey (Henry VIII's adviser during his divorce to his first wife, Catherine of Aragon), but he offered this to the king when he fell out of favour with him. Catherine Howard (5th wife) married Henry VIII and was later arrested here before being sent to the Tower of London for beheading.  Hampton Court was extended when William III and Mary took they over the monarchy and luckily they ran out of money when they extended it because their intentions were to tear down the existing palace.

I really liked this property and wished that we arrived a lot earlier because towards the end it became a bit rushed. I love the mix of Tudor and Baroque styles. My favourite is the chimneys, they are all different. They have audio tour guides that take you around the various places. My suggestion of order is Young Henry VIII's story, Henry VIII's kitchen, Henry VIII's apartments, William III apartments and finally the Georgian Private Apartments.

This is a property that is a must-see. Make sure you go here during your time here. It gives a great overview of history and is well worth a visit.

They have now added a Magic Garden playground which the children will love! 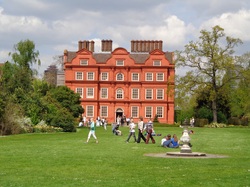 Jane and I went to Kew Palace because it was one of the properties included in the Historic Royal Palaces membership. I found this property very interesting because it was the place where George III (the one who lost America) was taken from the public eye because he was suffering from what they now think was bipolar disorder. It is a simple house which gives you a window to what life is like away from the pomp and circumstance. This house would not have been a place where they would have hosted many guests as it was more of a retreat.

In order to get to the palace you must go through Kew Gardens and as of March 2013, those that purchase a ticket to get into the gardens get automatically can go into the Palace. I recommend you looking up vouchers to save you money to get in as an adult costs £16.

Kew Gardens is a great place to spend the day. Bring a picnic and let the children run wild! There are a few greenhouses which include the largest indoor plant in the world and one of the rarest plants. There is so much to do here that I think it worth spending the entire day here. 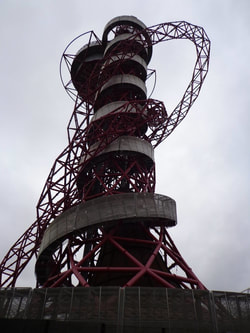 The ArcelMittal Orbit is the tallest UK sculpture. It is located at the Queen Elizabeth Olympic Park which is right next to the Stratford Westfield shopping Mall. I am not quite so sure why people like Stratford so much when they think that UK prices are horrible but it does have a lot of restaurants there but I digress.

It was designed by Anish Kapoor specifically for the Olympics in 2012. You go up the elevator and can either walk down the 455 steps.

As you can see the day that we went it was a bit cloudy but we were able to see many buildings that line the River Thames such as the Gherkin, Walkie Talkie, St Paul's and more.

It would be fabulous on a sunny day. I would not personally travel all the way out to Stratford just for this attraction, but if you are in the area, it is worth a visit. There are quirky mirrors that the children will love. The stadium that the track and field took place in at the Olympics is currently being converted to become West Ham's (football) stadium.  I think it was something we had to do since we had been at the Paralympic Games. 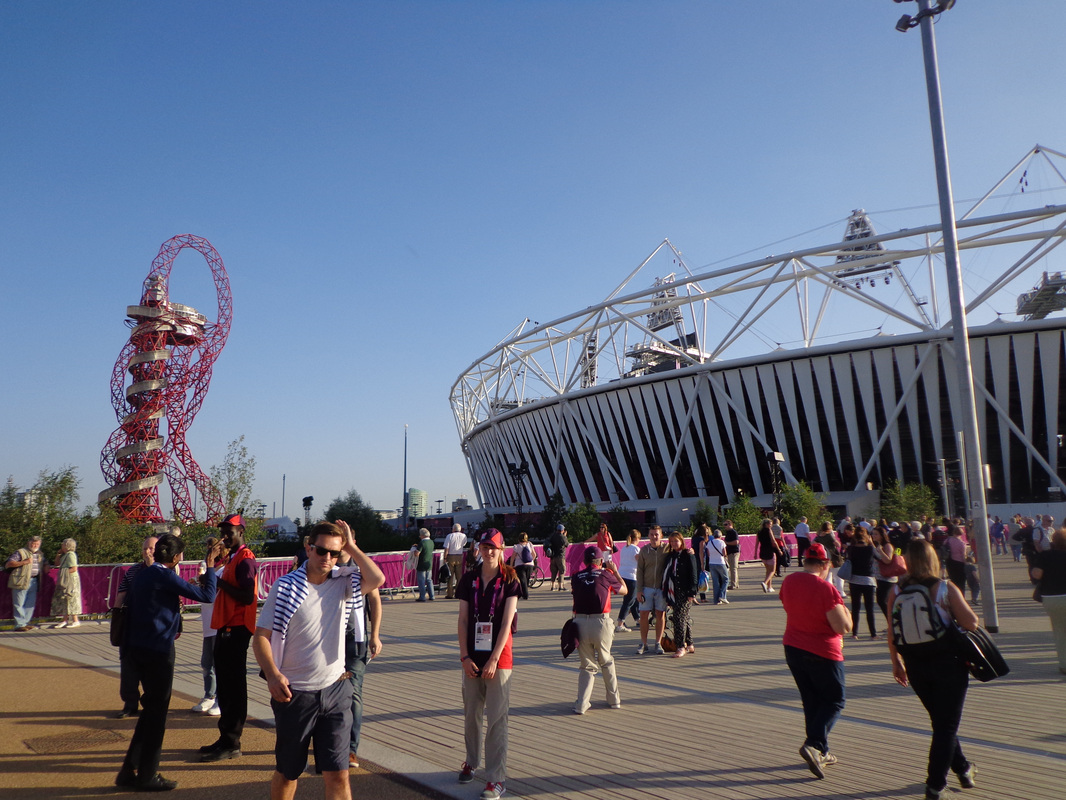 I was lucky enough to visit the Queen Elizabeth Olympic Park twice when I went to watch the Paralympics in 2012. This park covers 587 acres.

You can now go there and have a wander around for free or take a tour of the park. You can also go up the Orbit which is the tallest sculpture in Britian. 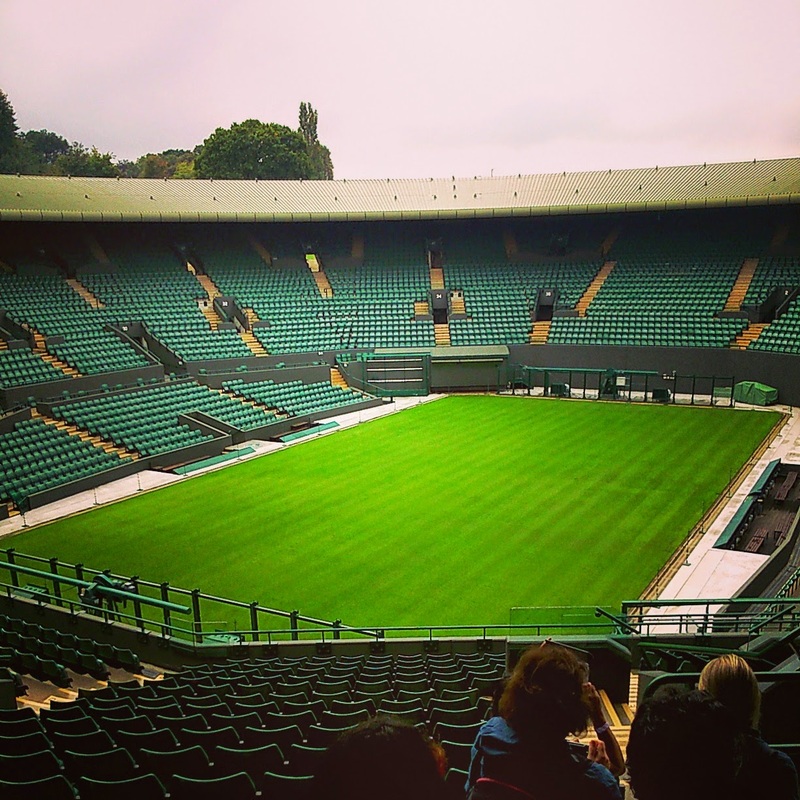 Wimbledon is the place that the infamous tennis series takes place every year in England.

It is so popular that you must apply for a ballot every year between August to December for the following year. You can also join the queue to buy the tickets on the day of the match if you really want to try your luck you. You might need to arrive by 6:30 am.

I told that if you simply want to go to a game, you should apply for the Queen Series as they are easier to get.

You can also come here and visit the museum and take a 90 minute tour of the grounds. Even though I am not a huge tennis fan, I enjoyed this and it was the highlight of my dad's visit.