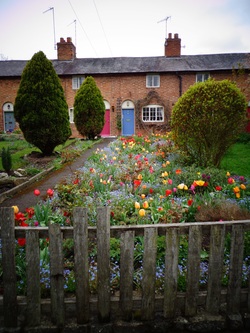 I went to Stratford-Upon-Avon to run the annual Shakespeare Marathon. I was only able to run the half as the full was cancelled due to weather. We wanted to go down the day before that so that we would be able to make the most of the trip as I was pretty sure that I would not be in the mood to go sightseeing after the 26.2 mile run.

We used our Tesco Clubcard points to get vouchers for access to the Five Shakespeare Houses and Gardens. This gets you into Shakespeare's Birthplace, Hall's Croft, Anne Hathaway's House, Nash's House and Mary Arden's Farm.

Jon and I stayed in the Heron Lodge the night before which is located within Stratford-Upon-Avon. The guest house was really nice and ran by a nice couple.

This is a great place for a weekend away. 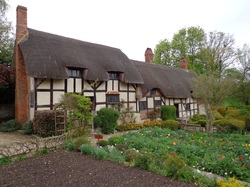 There is a nice walk from here into town that Shakespeare used to take to see Anne. 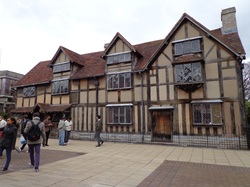 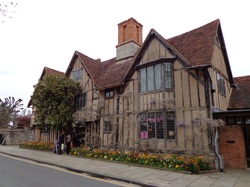 Hall's Croft was the house of Shakespeare's daughter, Susanna. Her husband was a doctor (the only one in Stratford-Upon-Avon at the time) so he was very wealthy. It is thought he may have been there when Shakespeare died.  Come back out and carry on down the road.

They give you a talk about the history of Nash House and New Place (which is no longer standing). Nash House was the home of Shakespeare's granddaughter and her first husband. Shakespeare bought New Place next door and is where he died. They are currently digging up the site to see if they can find some more clues to his life. 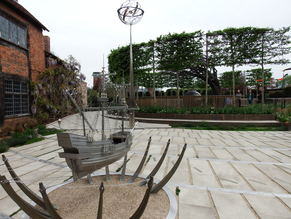 Shakespeare's New Place is now a registered garden. When I previously visited this place, they were still doing excavations on the land that once Shakespeare's family house from 1597-1616 stood. When I went back to this place when I had family visiting, They had completed their work on the gardens.

It was very well planned out as there are lines to tell you when things would be. Also they designed a lot of the attributes of the garden to represent Shakespeare's life. 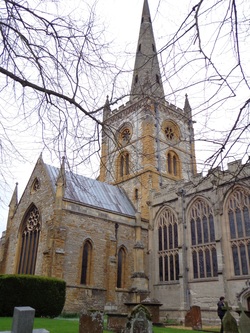 Holy Trinity Church is where Shakespeare was baptised and buried. His family was buried here as well. There is also a window that was presented to the church by an American Ambassador in 1896. It is the very big on in the chapel on the right. 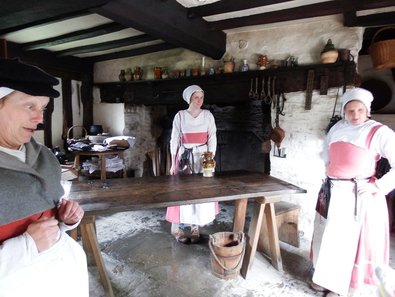 Mary Arden's Tudor Farm is not in the town centre as is the rest of the places to visit in Stratford-Upon-Avon so we visited this place on our way to our hotel in Warwick.

If you have children, this is a must see. Bug really loves animals and they have so many there. There are also exhibitions so you can learn how the Tudors farmed.

There are also playgrounds and willow tunnels so compared to all the other places we visited, this has a lot to offer for children.