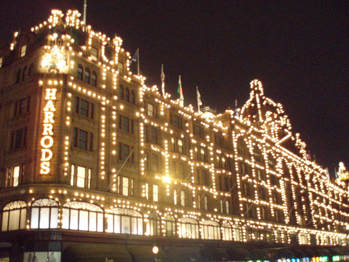 Harrods is a world famous department store. It is almost overwhelming and is easy to get lost. The items they sell are high-end but you can go in the sales (December and July) and get a good price. You can also just go there for just the experience. It is also known for their window displays.

Harrods began in 1824 and the shop initially burnt down. It was also the first to have an escalator in England in 1898. It is over 5 acres with 7 floors. It also has a dress code policy so please check the website so you aren't turned away.

You can take the tube directly to Harrods and get off at the Knightsbridge station. 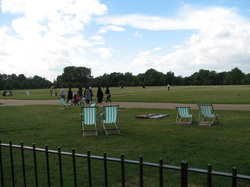 Hyde Park is one of the most beautiful parks in London. It covers 350 acres. It also has the Diana Memorial Fountain which is a favourite for children to play in on hot days.

Henry VIII used to hunt here after seizing the land from the monks at Westminster Abbey. 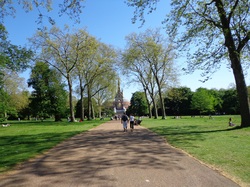 Kensington Gardens is right outside of Kensington Palace.

Loads of space for a picnic, make sure to make use if the weather is nice although you may have to compete with the locals! They like to come out when the sun is out! 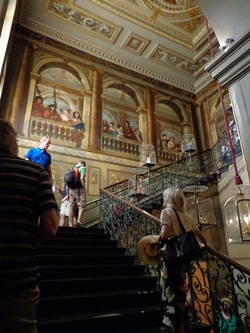 Kensington Palace was built in the late 1600s and was initially the home of the William of Orange and Mary II. Mary II was offered the throne after James II had a son which was to be raised Roman Catholic. There is a rumour that the son was smuggled in a warming pan and so the throne was offered to the Protestant Mary II (James's daughter) and William.

Sir Christopher Wren expanded on the Jacobean mansion for the couple. They did not have children and so when they both passed away (Mary II of smallpox and William of a broken collarbone after a horse riding accident), William III and Mary Herietta ruled jointly which was rare. When they both passed away, Queen Anne (James II's other daughter) succeeded them. All of these people contributed to the house you see today.

I really like Kensington Palace. The experience is different than any other palace I have ever been to. They have displayed the story of the people who have lived here in a very artistic way. Also the Explainers (yes that is what they are called) were fabulous! They were able to answer most of our questions. I have to admit my Kings & Queens pocket book, has come in quite handy! I put it in my bag to read while waiting in line and now take it every time I visit a property. This is a property not to be missed!

Tip: If you plan on visiting Tower of London, Hampton Court, Banqueting House, Kew House and Kensington Palace, it is worth becoming a member! It pays for itself if you visit two places and you can go as often as you want! 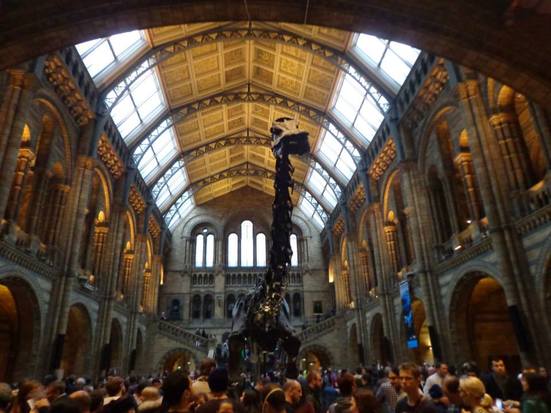 The Natural History Museum is located in the near Harrods.

It has great displays for dinosaur lovers and the building itself is a peice of art. There are also very many other displays and if you went through it all could expect to spend at least a half of a day here. A lot of it is very much displayed inthe Victorian way but I think that is what gives it its cahrm.

It is child friendly and very busy on the weekends but don't be put off if you see a queue outside as it generally moves very quickly. One line that does not move quickly is the dinosaur exhibit but it is worth the wait!

It also hosts a cafe.

Leading up to Christmas, they have an ice rink outside. 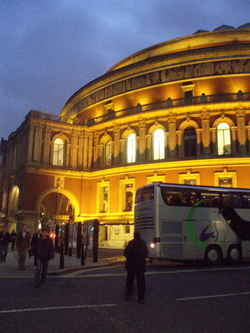 The Royal Albert Hall is perhaps not something that you would first think of visiting but I definitely think it is worth the trip. They have tours which take you around the hall.

Queen Victoria had it built as part of her husband's dream to bring the arts to people. He died before it was finished and when the hall opened, she was so overcome by emotions, her son had to announce its opening.

It hosts a variety of shows such as operas, comedy, boxing and tennis. It is most famously known for 'The Proms' which is an annual classical festival.

Tickets begin at 5 pounds so there are some affordable seats. But even if you never see a show there, its a great example of Victorian architecture. 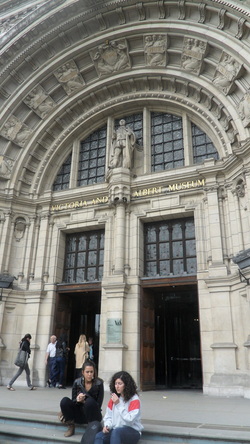 The V and A Museum is another great free thing to do whilst in London. They have a great display of the history of clothing but often have other great exhibits about art and design.

It is located near the Royal Albert Hall so if you are in the area pop in. There are also great displays for children.