The street pattern seen on the map below has its roots in the times of the Saxons dating back to the 9th century. It is a huge city in Norfolk but still has a lazy feel of a town. It is a university town hosting the University of East Anglia.

It was a very prosperous town with the textile industry becoming the second biggest city in England which ended with the Industrial Revolution.

It has a great shopping at the Castle Mall and Chapelfield shopping centre. I really like Norwich because it still has a lot of independent stores, restaurants and cafes so it feels like you are in a different city. I also love the winding streets.

My only complaint about Norwich is I always get lost driving around. I used to come up here when I first got here and ended up in a bus only street! 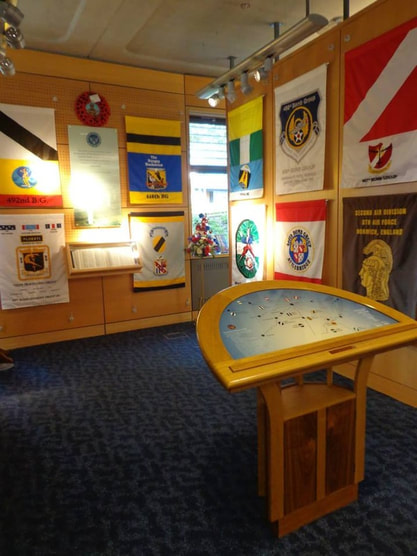 I came across the 2nd Air Division USAAF Memorial Library when I was researching my final paper for my B.A. During my time here, I never really understood the impact that Americans had over here particularly during World War 2. This library was a great resource for me and I think that it is worth a visit if you are in the area to help understand how thankful people really are.

Memorial Library is truly unique and owes its existence to an idea put forward by three of the commanding officers who were with the 2nd Air Division during WWII.  They wanted to leave behind a memorial to the servicemen who were KIA but wanted it to be different and special, something that would also benefit the local population as well as being somewhere servicemen and women could return to with their families post war.

The money they collected was invested and 'looked after' by a board of Trust Governors until it was decided how and when it could be put to best use.  The result was an American library with a specialist WWII collection of books and 2nd Air Division Roll of Honor and also a range of books about American life and culture.

During the short time the 2nd AD were based in Norfolk the bonds of friendship that started then were very intense and have lasted over time and that period in history is still of great interest to local people, especially the older generation who were children during WWII.

Over the years since the Memorial library has been in existence many Americans have visited and the 2nd Air Division Association (created post war) supported the library (and continue to)  in many ways and the legacy remains.  They still have a board of Trust Governors with American representation. 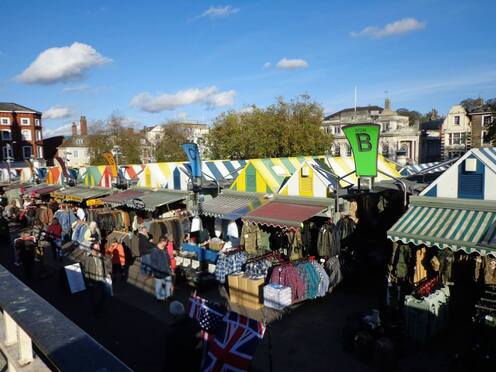 I thought that the market was very unique as the stalls are more permanent than in Cambridge, more like what is seen in Camden.
Worth a wander. Its market runs from Monday to Saturday from 8.30 a.m. to 5.30 p.m. 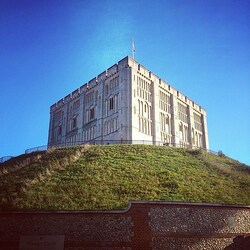 Norwich Castle was built as a palace by the Normans 900 years ago. It is quite incredible that it is still standing considering the amount of damage Norwich suffered during World War 2.

It is located near the Castle Mall and stands on the hill looking down on the city. You get great views from on top of this hill.

It became a gallery after serving as a prison for 650 years. It boosts the world's largest collection of teapots amongst the other varied collections it has.

It also has the works of 19th century artists who were local to Norwich including John Crome and John Sell Cotman.

They also have regular exhibition from the Tate Gallery.

It is hard to miss the Norwich Cathedral's spire in the skyline which is the second tallest in England. This church has been standing here for over 900 years and is a breathtaking example of architecture. It was a Benedictine monastery and walking around the grounds you can imagine them living here. It is a great example left untouched as many were destroyed in the dissolution. This one survived because of its cathedral status. It is one of the most intact Norman building in Europe.

Go to the website and take a look at the interactive timeline, it is very informative. 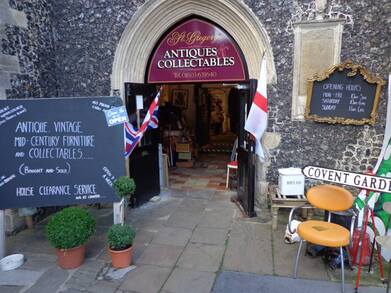 While having a wander through the streets, I came across St Gregory's Antiques & Collectables that is held in a 14th century church. I know that Americans love antiques and so I thought it was worth posting here. It is great because 30 different antiques dealers showcase their items so what is on offer is quite varied. I think its always worth popping in! 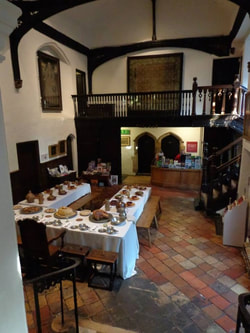 Strangers' Hall is a lovely museum into the life of the merchants (immigrant weavers) and mayors since 1320. The Great Hall dates back to the 15th century.

There are a lot displays so that you get an insight of how furniture and living space has changed over the years.

It also has an interesting collection of underwear.

There are some interactive things for the children to try and a great way to discuss history.