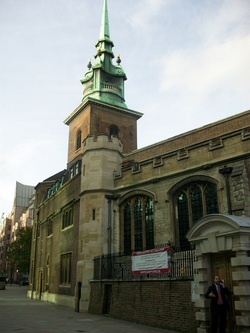 All Hallow-by-the-Tower is a place that you can quickly stop in if you are visiting the Tower of London. This church has strong connections with America. In fact, William Penn, founder of Pennsylvania, was baptised and educated here. John Quincy Adams, sixth US President, was married here.

It is the oldest church in the City of London, first built in 657 A.D. Beheaded bodies used to brought here from the Tower of London. It also survived the Great Fire in 1666 but was hit during WWII and the only thing left standing was the tower.

You can go down in the crypt where you can see Roman floors uncovered and also there are some plaques from groups in America.

I like this because it reminds you of where America came from. Definitely worth a stop and remembering that at one point in time we were part of the same country. 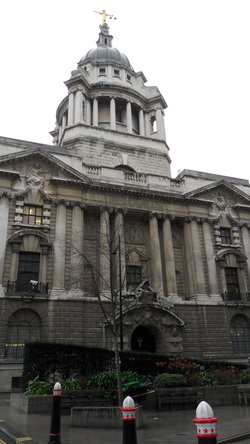 The Old Bailey is one of the most famous courts in the world. Generally the more high profile and/or dangerous criminals cases are handled here.It was also built on the site of the old Newgate Prison.

You are able to walk around the place and sit in court cases for free. I would not suggest that you visit here between 24 December to 2 January as most cases are closed or delayed for the Christmas break. 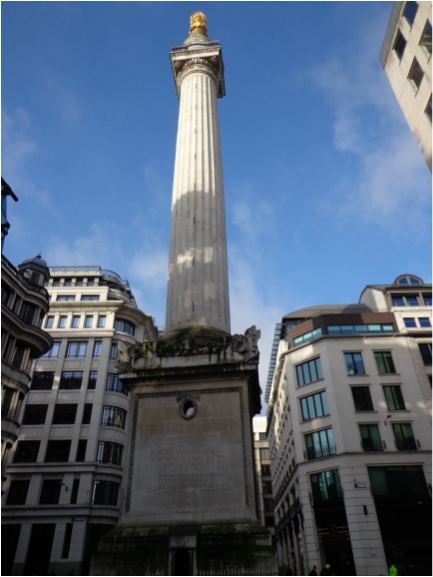 The Monument To The Great Fire Of London is located near Monument Tube station and is on the same end of the Thames near The Tower of London.

This was built by Sir Christopher Wren and Dr Robert Hooke to remember the Great Fire of London in 1666. It is the tallest Doric free standing column in the world. The views from the Monument are breathtaking.

This is very easy to get to but I would suggest that if you are wanting to go up the Monument, that you make this one of the first things to visit because the viewing platform is very small and the 311 stairwell are narrow. You can take children but it is not accessible by wheelchair users.

You can get a 2 for 1 ticket if you have taken the train to London or you can get a combined ticket to the Tower Bridge Exhibition, which is within walking distance. If you planning a full day out, visit The Monument, Tower Bridge and Tower of London, in that order. 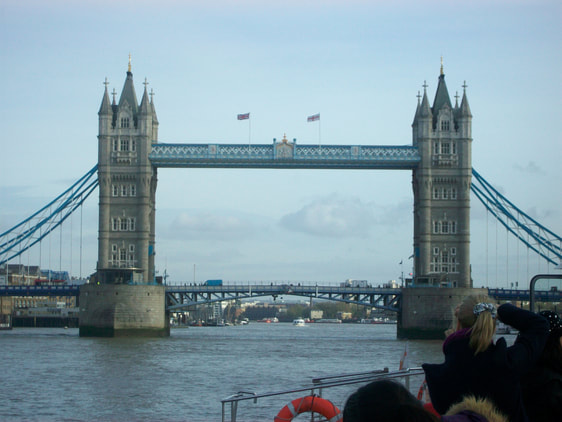 As many times I have seen the infamous Tower Bridge which is often mistaken for the London Bridge (Fergie from the Black Eyed Peas has this in her video, 'London Bridge'.) This is very interesting for people that like engineering and architecture.

When the Tower Bridge was designed, the only other way over the Thames was the London Bridge. It has Portland Stone to hide the Steel structure and was one of the most sophisticated at its time.

You can also go see the Engine Rooms which were used to open the bridge to allow tall ships to get through.

You can combine a a ticket for this attraction with one with The Monument or you can use the 2 for 1 voucher if you take the train to London. 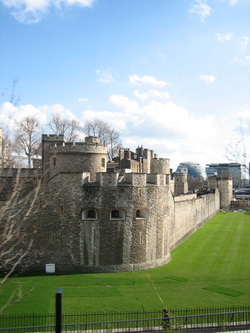 I really enjoyed visiting the Tower of London with my family when they came over for our wedding. My 8 year old cousin was with us and she had a blast. There are exhibitions and displays and other children friendly things to do while you are here.

It all started with William the Conqueror in 1080s and other monarchs have added to it over the years.

The 'Beefeaters' are a popular attraction and still wear Tudor uniforms and the correct title is Yeoman Warders.

The Crown Jewels are kept here and have a great display in the Jewel house. The jewels here are still being used today by the Queen. You can see all the different jewels worn by the English King and Queens during their coronation. The coronation crown is known as the St Edward's Crown.  The world’s largest cut diamond is kept here too!

This place is known for the the famous people who have passed through Traitors Gate. Some of them were of high rank such as 2 of Henry VIII’s Anne Boleyn (#2) and Catherine Howard (#5). There is a good display about what people who would have been locked up here might have gone through. People of high rank were executed here and not publicly like other people.

We even were able to attend the Ceremony of the Keys. You have to write in to them and have to be living in England in order to attend but you are able to bring your visitors.

You can get into the Tower of London using your London Pass. Also depending upon what time of year you visit, you may get caught in the queues if it is the high season.

Definitely worth a visit! Plan to be here at least 3 hours or a full day.