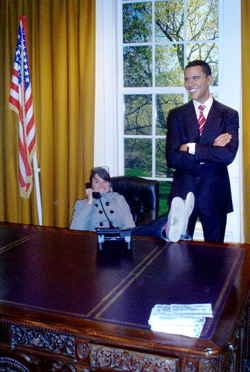 Madame Tussauds is a great place to take the kids when you go to London. You can get off at Baker Street and the Sherlock Holmes museum is right near by.

Madame Tussaud was a French modeller, who began moulding heads of victims during the French Revolution and moved to England in 1802.

Each Madame Tussauds is different and hold different wax figures. It is a family friendly attraction so those with children will able to keep them entertained. I like it because each Madame Tussauds is different so you will never know what you are missing until you see it! Some look so amazing you are waiting for them to move. Where else can you get your picture taken with the President of the United States like I did!

It is best to book ahead of time and often you can get a good deal with some of the other London attractions, such as two for one with your train ticket. 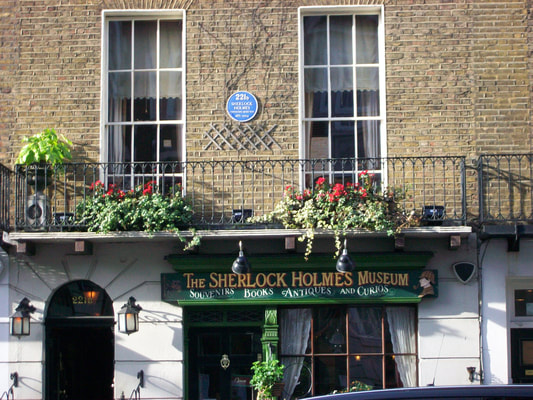 Sherlock Holmes is a character in the stories written by Sir Arthur Conan Doyle.

Sherlock Holmes was a quirky detective who comes to large conclusions from the smalls details. He has a right-hand man, Dr John H Watson, who assists the detective on his search for the answer to the puzzle.

Why not read the books with your family and take a visit to the museum to tie it all together.