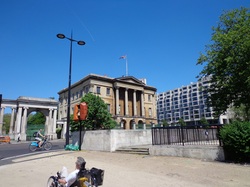 If you are an English Heritage member, you can get into the Aspley House for free. If not, it is a great place to visit along with Wellington's Arch. This is one of the busiest intersections in the world.

Aspley House, if home to the Duke of Wellington, who is most famous for beating Napoleon at the battle of Waterloo in 1815 but he was also Prime Minister twice.The place was known as Number 1, London in the Duke's time. It is now a Military Museum.

The house was given back to the nation, but the family still use the private rooms. It is the last surviving townhouse in London that is open to the public but also the only EH property that the original owner's family is still alive. 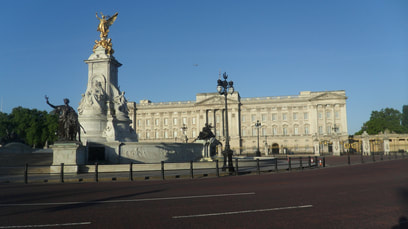 Buckingham Palace became the royal residence for the monarchy when Queen Victoria came to power. She need more space so they had to extend the house. The newer addition is the front bit you can see from the Queen Victoria fountain. Marble Arch used to be located where the new addition is which was relocated to the corner of Hyde Park. I thought that Buckingham Palace was a beautiful place. The free audio guide was great as you could choose whether you wanted to know more about some of the items around the house. At the time I went they had a special display of diamonds as it was the year of the Queen's Diamond Jubilee year. I really like it but there were too many people and whilst the line was already going slow, some people were stopping for way too long to look at the diamonds holding up the people behind them. You cannot take pictures inside.

The Queen opens it up for 9 weeks every year whilst she is away on holiday. Usually you can get the Royal Day out ticket which allows you to see Buckingham Palace, The Royal Mews, the Queen's Gallery and Clarence House but Clarence House was closed this year. It is not cheap to visit here but you can get your ticket stamped and return as much as you would like over the next year. It does help for the up keep of these beautiful and historic buildings though.

Changing of the Guard 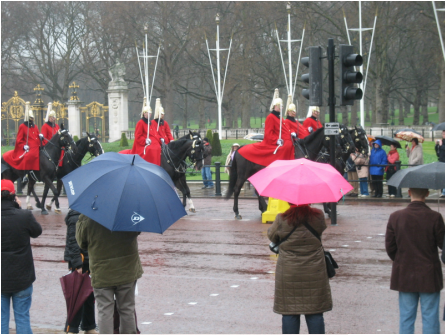 The Queen's role is ceremonial now but they still carry on with the tradition of Changing of the Guard. I would suggest you arrive at Buckingham Palace by 10.00 a.m. (during the High Season and when the British children are out of school) and 10.30 a.m. (during the Low Season and when British children are in school) so that you can see the 30 minute ceremony. It is held daily from May to July, and on alternate dates throughout the rest of the year.

There will be no Changing of the Guard in wet weather.

Here are the times and dates of the changing of the guards. 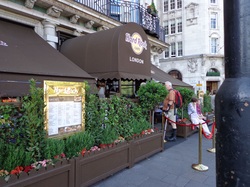 I will be honest, I am not a huge fan of Hard Rock Cafe but if there is one in the city, I will stop and visit it. I have been to one in Denver, London, Dublin, Oslo, Guam and Beijing.

The Hard Rock Cafe in London is the one that started it all. It is located near Hyde Park Corner and is a place where you can get some American food if you miss it.

So if you are out in London, why not stop by here for lunch?

This is a child friendly restaurant. 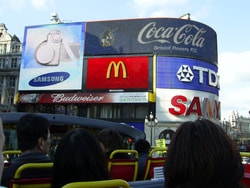 This is a busy intersection which is much like Times Square in New York. It hosts neon advertisements 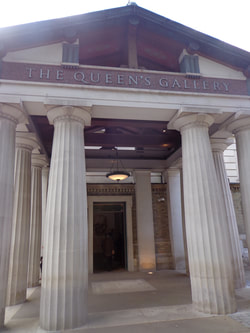 The Queen's Gallery opened in 1962. It often has special exhibitions and when I went there was a Leonardo Da Vinci exhibition of his drawings of the human body.  It was nicely displayed. You can take pictures here but with no flash. 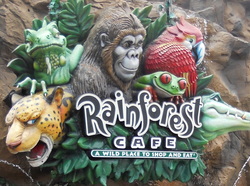 The Rainforest Cafe in London near the Piccadilly Circus tube station is a great place to take the children whilst visiting the city. If you have not been to a Rainforest Cafe, it is worth the visit. It is a restaurant which is not too expensive and is decorated as a rainforest including the noises of the animals that you find here. It is very children friendly!

If you are in the area, its another option for you. 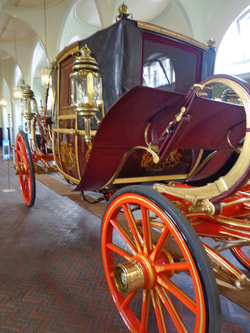 The Royal Mews is where the horses are kept for the Queen. I liked this place because I was able to see some of the cars that I have seen her in during her visit to Cambridge. I was also able to see the carriages used for the Royal Wedding. I didn't take the free audio guide and found that the signs informative. Also some of the staff still live here. 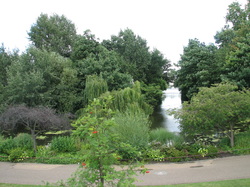 This is the oldest Royal Park and is surrounded by Houses of Parliament, St James Palace and Buckingham Palace. There is a fabulous restaurant, Inn the Park,  in the middle which is worth a visit. 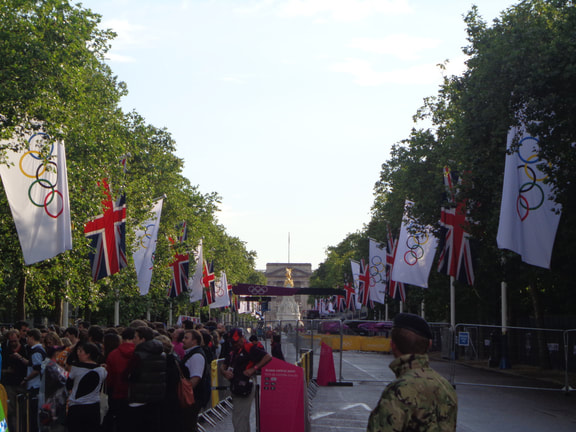 This is the road leading up to Buckingham Palace. During royal processions, it will be lined with people. On Sundays it is closed to traffic. 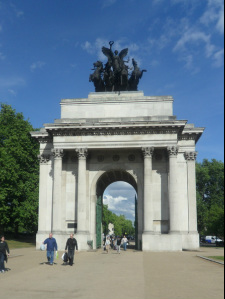 The Wellington Arch is right near Hyde Park and is often something that people just walk under rather than visiting because they don't know that you can go up to the viewing gallery. It was originally it was designed to be where the Victoria Monument (fountain outside of Buckingham Palace).

It was built in 1826-1830, to commemorate Wellington's win over Napoleon.  Now it sits It hosts the biggest bronze statue on top of it in Europe and has a great view into the gardens of Buckingham Palace.

If you are an English Heritage member, you can get into the Wellington Arch for free. If you train to London by train, you can get in with the 2 for 1 coupon by Days Out Guide.
Pictures: Yes

It takes about an hour to see everything.