Certain people are worth knowing about because history has to do with history. Knowing them will put things in context. 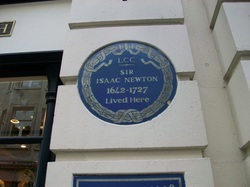 My mom and I were discussing what she wanted to do the next time she came out and brought up the blue plaques system that was mentioned on one of the travel channels that she was watching. She gave me a list of the ones she wanted to see but said that if it was any trouble that I was not to worry. So I looked up where we were going and where the locations of the plaques were and tried to work them in.

The Blue Plaque system was founded in 1866 and they are found all over the UK. Some councils run their own scheme but the official one is run by English Heritage.

It takes between 4-6 years for an application to go through. Every nomination has to meet basic selection criteria before it can be considered. Most importantly, a London building associated with the subject must survive, and they must have been dead for 20 years or have passed the centenary of their birth.

Here are the other requirements for the suggestion to be passed from the English Heritage website:

Nominated figures must also:
In the case of overseas visitors, candidates should:
Additionally, it should be noted that:

You can find a list of plaques and their locations here. It can enhance any of your trips.

He was originally studying to be a doctor at Edinburgh University but switched to divinity at Cambridge University. It is rumoured he couldn't stand the sight of blood.

He went on the five-year HMS Beagle voyage around the world where he came across the idea of evolution.

He is buried in Westminster Abbey.

In 2009, there was a festival in Cambridge to celebrate Darwin, this website has a lot of information and ideas of things to do in Cambridge.

You can find out more about Charles Darwin here.

Sherlock Holmes is a character in the stories written by Sir Arthur Conan Doyle.

Sherlock Holmes was a quirky detective who comes to large conclusions from the smalls details. He has a right-hand man, Dr John H Watson, who assists the detective on his search for the answer to the puzzle.

Why not read the books with your family and take a visit to the museum to tie it all together.

I think this is one of the most famous unsolved serial murder case.

The murders occurred in the East End of London in Whitechapel District in 1888. The case was never solved but there were over 100 theories of who the cold blooded killer could be.

There are 11 murders that were attributed to Jack the Ripper but based on the modus operadi, there are five that they are convinced are from the same attacker. Most of the victims were female prostitutes. They all had their throats cut before their internal organs were removed from their bodies.

If you are brave enough, you can take the Jack the Ripper tour in London. 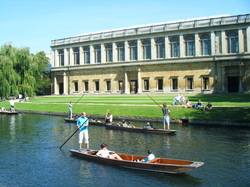 Sir Christopher Wren is a very influential person and you will see his influence all around England. He was a great architect and once I name the works he has designed you will see how great he really was:
He was born on 20 Oct 1632 and attended Oxford University. He was a mathematician and a scientist and help found the Royal Society (a group that it is very honourable to belong to if you are a scientist). His interest in physics lead to architecture.

After the Great Fire of London in 1666, he had big plans for the rebuild of London but many people would not give up their property. He ended up going onto design 51 churches such as St Paul's and was knighted in 1673.

He died on 25 February 1723 and the inscription on his gravestone at St Paul's reads "If you seek his memorial, look about you."