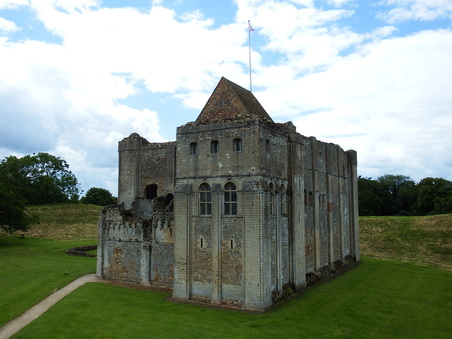 Castle Rising is a property that I have driven by several times but never stopped by. We had the time and the good weather with us so we made a visit.

Castle Rising is owned and managed by Lord Howard of Rising but you can go here for free if you have an English Heritage membership.

It is one of the most important 12th century castles. It was built by William D'Albini in 1140 after his marriage to Alice of Louvian, the wide of Henry I.

Its not the biggest castle I have seen but it is pretty much intact, bar the roof, which means it is easy to envision what it looked like more than 9 centuries ago.

Queen Isabella, mother of Edward II, lived here after her husband, Edward II, was murdered. Don't feel too bad for her, she was part of the plot!

The Black Prince used Castle Rising as a hunting lodge.


The village is very nice to wonder around as well.

You could probably spend an hour or two here. It is not too far from Sandringham and is on the way to Snetterton Park so could do both in one day.