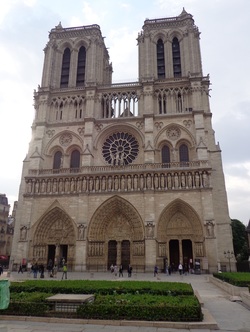 It is really easy to get to Paris from here. Mr B and I took the train from Cambridge to London and then the Eurostar which was only 3 hours long. You can take a plane which might be cheaper but the airport is not in the centre of the city so you have the added costs of getting into the centre of Paris. Some people drive but I think that they are crazy! Also if you join the Eurostar newsletter, you can get alerts when they have sales which makes it more affordable.

We stayed at the Hotel Odessa which was in a great part of town with many cafes very close by! 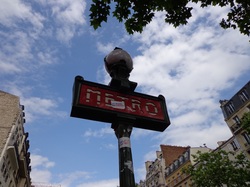 If you have ever used the tube in London, you will find the metro very easy to use. The lines are all colour-coded as long as you know where you are headed you will be okay!

While you can get a day pass like on the London tube, its best if you get 10 tickets as you may find you walk more than you ride the Metro. 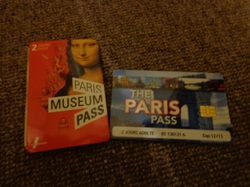 I found the Paris Pass to be a huge money and time saver! It allows you into a lot of places but you need to plan to do things in the same area to make the most of it. It also to allows you to jump most queues but you will have to get up early if you don't want to wait in line at Versailles and The Notre Dame Towers. Look to see what you want to do as the Paris Museum Pass is half the price of the Paris Pass but doesn't let you in some things that the Paris Pass do. Also you get free unlimited travel for the length of your Paris Pass. 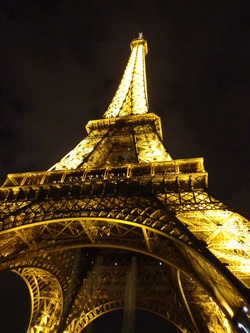 Anyone that goes to Paris must go up the Eiffel Tower. The lines can be pretty long especially on the weekends and the high season so it is best to book ahead. You might find you need to book 6-8 weeks ahead. Just think about the time you want to go up the tower, after a long day of sightseeing you might not want to stay up late just to go up the tower.

If you forget to book, the wait can be up to 2 hours long. We went on a Friday morning so it only took us 45 minutes.

The tower lights up at night and has a special light show every hour on the hour. It is best viewed from Tour Montparnasse 56. You can walk to the second level and then take the elevator to the top! 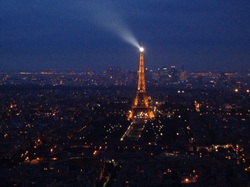 The Tour Montparnasse 56 was on our Paris Pass so we got in for free. You go up to the bar on the 56th floor. We went at night so that we could see everything see everything all lit up.

It was literally breathtaking. 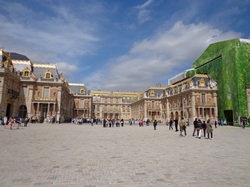 Versailles was also on our Paris Pass. The lines can be long so I recommend that you get there about a half hour before it opens just to save you time. It takes about an hour and a half to go through each bit of the property but it is definitely worth the visit.

If you have the Paris Pass, you will not be able to get into the gardens when there is a fountain show going on. 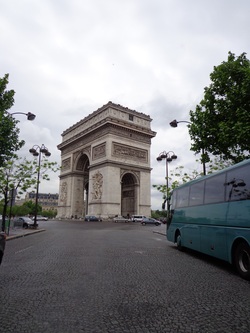 The Arc De Triomphe is a great sight and you can go into the top and look down the Champ Elysee and view the Eiffel Tower. It is also free to get in with the Paris Pass. 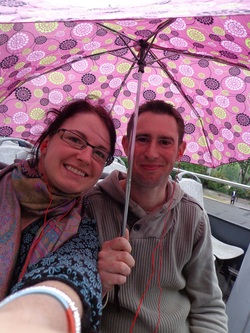 After the Arc De Triomphe we hopped on Le Car Rouge Sightseeing Bus and sat on the top even though it was raining. Our Paris Pass allowed us to hop on and off as much as we like for a day.

I thought this was a great way to get around and see a lot of the stuff that we would not have been able to get to. 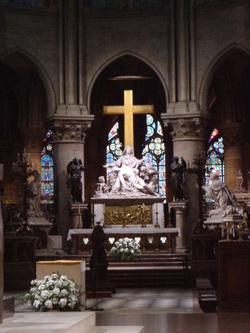 I went to Notre Dame for Mass on the Sunday that we were there. This was nice because I was able to get the picture that you see here. Otherwise, the church is so busy with mass after mass, so visitors cannot get into the main area and are shuffled around the outsides.

The Paris Pass allows you to go up the Towers but we decided we will come back to Paris and do it first thing in the morning to beat the crowds. 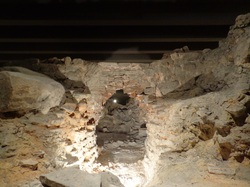 Archaeological Crypt of Notre-Dame is right outside of Notre Dame and is of course on the Paris Pass. 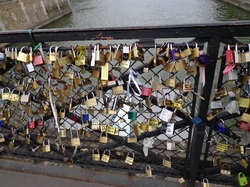 Couples put a lock on this bridge so we did it too, you can buy one at one of the local shops and they will engrave it for you. 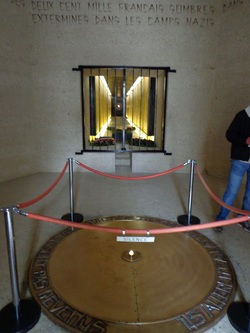 A memorial to all the Jewish people who were deported due the war. You must be quiet in here! 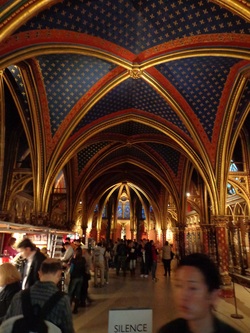 Sainte-Chapelle is an amazing church that we got in free with the Paris Pass (you have to make the most of it). After the French Revolution, the thorn crown that Jesus wore were here but it was melted down. 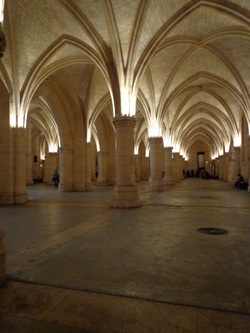 The Conciergerie is where Marie Antoinette was taken and held until they executed her.  Free with the Paris Pass. 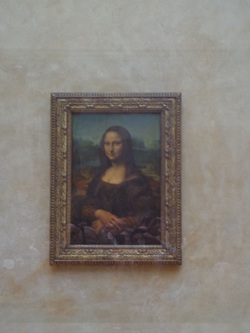 We also were able to jump the queues at the Louvre with the Paris Pass. We saw the Mona Lisa and the Venus de Milo. We are going to come back to Paris and spend a whole day here.